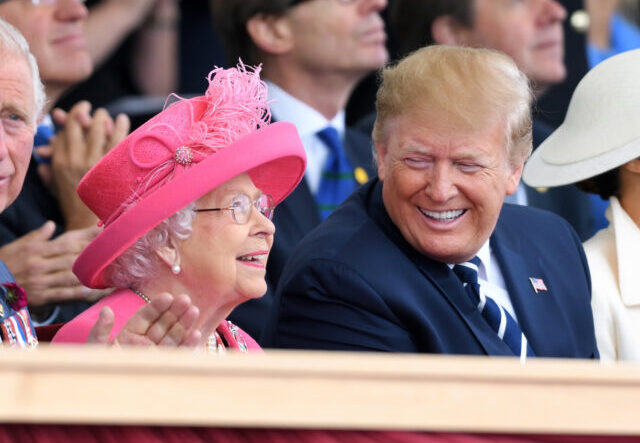 President Trump has not been invited to the Queen’s state funeral in Westminster Abbey and nor have Barack Obama, George Bush, Bill Clinton, or Jimmy Carter, such is the demand among the sitting political leaders, but the living former presidents will all be invited to an invitation-only service at the “spiritual home” of Anglicanism in America organised in partnership with the British Embassy, reports The Times of London.

“Queen Elizabeth was more than a monarch. Through 70 years of service to her God and to her people, Queen Elizabeth embodied an unrivaled sense of duty, devotion and fidelity. Across seven decades of tumultuous change, she was a model of stability, and carried her nation in her heart with grace and dignity. We mourn the passage of all that she represents; she was an icon of [honour], duty and service,” the cathedral said in a statement quoted by the newspaper.

“Across her remarkable life, Queen Elizabeth visited this cathedral four times, and we cherish our connections to our brothers and sisters who now mourn her passing throughout her beloved Anglican Communion. Our hearts are linked across the oceans with the people of the United Kingdom, and our prayers are with her son, Charles, as he assumes the weighty responsibilities of the throne,” it added.

President Trump, who is half-British through his mother, Mary MacLeod, was a great admirer of the Queen, and spoke to Nigel Farage — an old political comrade in arms — on her passing the day it was announced.

“My mother came from Stornoway, and she loved anything to do with the Queen. She would watch if they had a ceremony, even the smallest of ceremonies, when the Queen was on my mother would be there watching. She was a tremendous fan,” Trump told the veteran Brexiteer.

“This is a very, very sad day… earth-shaking, actually, and beyond your country — and it’s for good reason; she was a great woman, a great Queen, and somebody that will be very, very sadly missed,” he added.