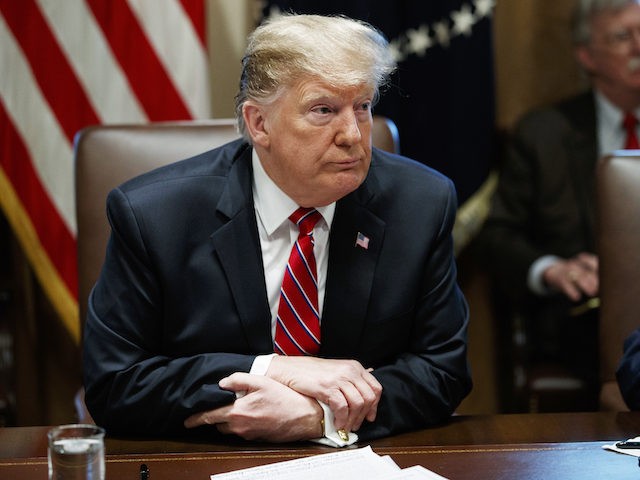 President Donald Trump said Tuesday he was not impressed by the border security deal reached by bipartisan members of Congress but did not say whether he would sign it.

“I have to study it. I’m not happy about it. It’s not doing the trick,” Trump said during a cabinet meeting at the White House when asked if he would sign the deal.

According to reports, the compromise funding bill would only fund $1.375 billion for only 55 miles of physical border barriers and cap the level of detention beds for ICE.

Trump said he would have additional meetings on the proposal, hinting that he was glad that some progress was being made.

Trump suggested he could use “additional methods” to build the wall, citing money elsewhere that could be used to fund it.

But he assured Americans not to expect another shutdown.

The president and Congress have until February 15 to reach a deal or face another government shutdown.

He also left open the possibility of declaring a State of Emergency on the border to direct funding for physical barriers without Congress.