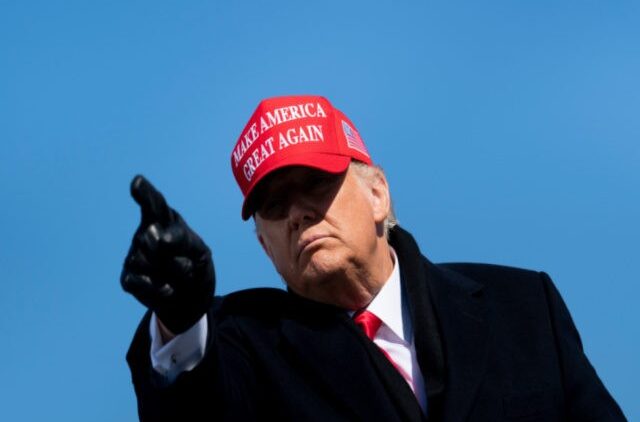 Former President Donald Trump will soon begin screening 2022 midterm candidates who are eager to forward “America First” policies while ensuring every open Republican seat has a MAGA-approved contender vying for it.

Trump has received dozens of requests from prospective candidates who wish to earn his support, and he is fielding them as he sees fit. Trump has rejected meetings with former South Carolina governor and 2024 hopeful Nikki Haley and with House and Senate GOP candidates vying for his ear.

Formal meetings with prospects could begin as early as March, according to Politico.

Trump has refocused on the movement he began now that the Senate impeachment trial fully acquitted him, lording the America First agenda into battle against the “business as usual” crowd in Washington, DC. With $31 million on hand, bankrolled by his leadership PAC, Save America, Trump’s coffers will strategically be invested.

“We are in the process of putting together a more formal schedule for candidates who want to come get his endorsement,” senior Trump adviser Jason Miller said, noting Trump’s meetings so far have been limited to golf friends, Mar-a-Lago members, and “folks with the ability to contact him themselves.”

Sen. Lindsey Graham (R-SC) is expected to obtain a meeting with Trump over the weekend to discuss Trump’s upcoming plans. Graham told Fox News, “I’m more worried about 2022 than I’ve ever been. I don’t want to eat our own.” This after Senate Minority Leader Mitch McConnell (R-KY) wrote an op-ed justifying both his impeachment vote and perspective on the Capitol riots.

In the statement, Trump vowed to recruit insurgent candidates “who espouse Making America Great Again and our policy of America first.” Politico reported that Trump recently hosted former Florida Attorney General Pam Bondi and ex-campaign advisers Corey Lewandowski and Dave Bossie for dinner, all of whom were reliable warriors within the MAGA movement.