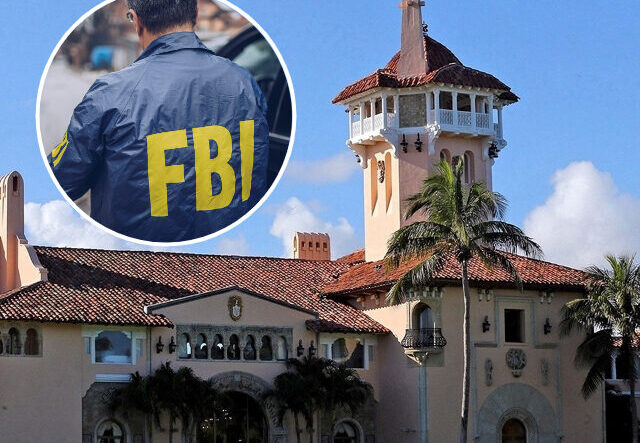 Former President Donald Trump is considering releasing the footage he has of the FBI raiding his home, according to reports.

CNN cited anonymous Trump “allies” and people “close to Trump” who encouraged the president to release the footage.

Speculation about what Trump will do with the footage of the FBI continues to build.

The former president confirmed on social media the FBI demanded all of the security cameras be turned off during the raid, but they did not stay off.

The form president’s son Eric Trump told Fox News host Sean Hannity on Monday that they would release the footage, “At the right time.”26

Trump’s attorney Christina Bobb suggested that the Trumps likely had the opportunity to watch the footage from New York,

“They were actually able to see the whole thing… They actually have a better idea of what took place inside,” she said in an interview on Real America’s Voice.

She said the security cameras were initially turned off, but that they turned them back on after a “short period of time.”

As Trump’s public information campaign about the FBI raid continues, the former president likely realizes he is still holding a major card in his hand.

It is unclear exactly what kind of FBI activity the Trumps were able to capture on camera.

Footage of the FBI rummaging around in his office and reportedly through his wife Melania Trump’s wardrobe would play endlessly on cable news as Justice Department continues struggling to defend the raid as essential to national security.