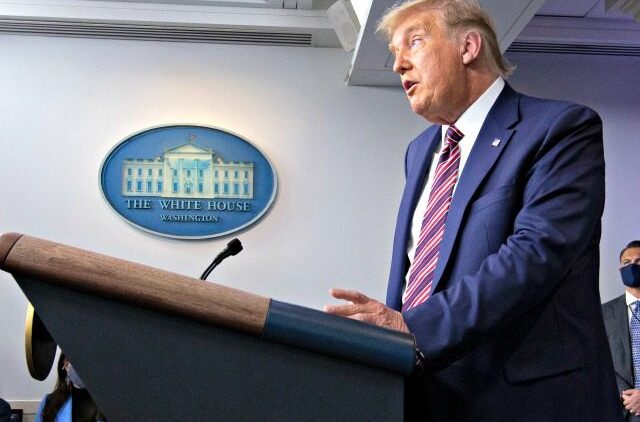 President Donald Trump on Tuesday threatened a veto of the defense bill if it did not include legislation to end Section 230 protections for tech companies.

“Our Country can never be safe and secure if we allow it to stand,” Trump wrote on Twitter about Section 230, describing the provision as a “serious threat to our national security and election integrity.”

Trump wrote that “if the very dangerous & unfair Section 230 is not completely terminated as part of the National Defense Authorization Act (NDAA), I will be forced to unequivocally VETO the Bill when sent to the very beautiful Resolute desk.”

Section 230 allows social media companies as platforms that are not held legally responsible for content posted on their websites rather than publishers. But in recent years, platforms like Facebook and Twitter only exponentially increased decisions of censorship and removal of users from their service, calling their neutrality into question.

“Section 230, which is a liability shielding gift from the U.S. to ‘Big Tech’ (the only companies in America that have it – corporate welfare!), is a serious threat to our National Security & Election Integrity,” Trump wrote. “Our Country can never be safe and secure if we allow it to stand.”

Lawmakers of both parties support reigning in Big Tech with changes to Section 230, but many have stopped short of calling for an outright ban of the provision.