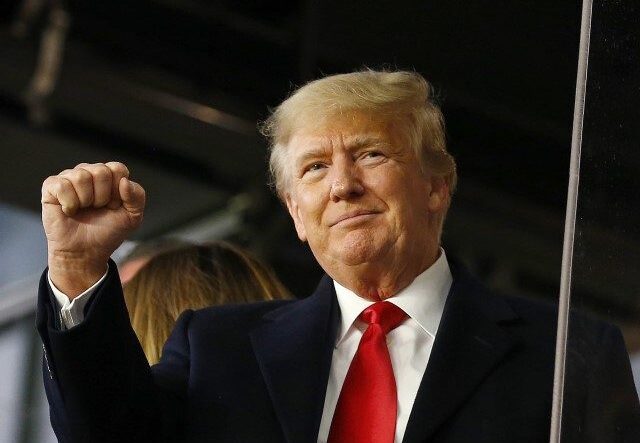 Former President Donald Trump is weighing when to announce a 2024 presidential campaign.

Speaking with New York Magazine, Trump indicated he has already made a decision to launch a 2024 campaign but has not determined when to make his announcement. Trump signaled he is weighing an announcement either before or after the midterm elections in November.

Trump explained his thought process on the pros and cons of announcing before and after the midterm elections, noting that the potential campaign would be a victorious one.

“I just think that there are certain assets to before,” he said. “Let people know. I think a lot of people would not even run if I did that because, if you look at the polls, they don’t even register. Most of these people. And I think that you would actually have a backlash against them if they ran. People want me to run.”

Trump told Breitbart News on Wednesday he is unsure if President Joe Biden will launch a reelection bid. Biden has stated he will run in 2024, but polling shows only 14 percent of voters support Biden’s reelection.

“You have to do a great job to be the nominee beyond any other problems they may have,” Trump told Breitbart News. “You have to do at least a reasonable job, and so far I don’t believe our country has ever been at a lower point than it is right now. To a large extent, it started with the borders where the people are pouring through, but it also started with the Afghan withdrawal and the way it was done. That was a terrible moment for our country.”

With the nation facing a number of crises under Biden’s leadership, such as 40-year-high inflation and soaring gas prices, the president’s polling is falling flat with Democrat voters.

Though polling shows Democrats do not favor Biden’s reelection campaign, Biden has claimed the opposite. “They [Democrats] want me to run” in 2024, Joe Biden said on Tuesday. “Read the polls. Read the polls Jack.”

If Biden does launch a 2024 campaign, along with Trump, multiple polls have shown Biden behind Trump in the head-to-head contest.