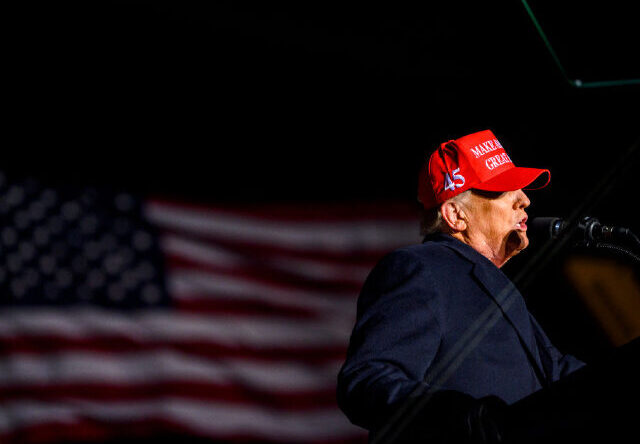 Former President Donald Trump, who for months has hinted at running for president for a third time, told an Iowa crowd on Thursday evening that he will “very, very, very probably” announce his candidacy soon.

The crowd erupted with cheers, applause, and chants of “Trump” after Trump hinted at an imminent presidential campaign announcement.

Trump then told the crowd to “get ready,” for his upcoming announcement.

Currently, Trump’s focus is on the midterm elections and making sure voters deliver a “giant red wave” and give Republicans control of both the House and Senate.

Trump will travel to Pennsylvania for a rally on November 5 and hold a rally in Ohio on November 7, one day before Election Day.

Trump’s remarks come on the heels of his former adviser, Jason Miller, telling Just the News that he expects Trump’s 2024 announcement to come as soon as the new year.