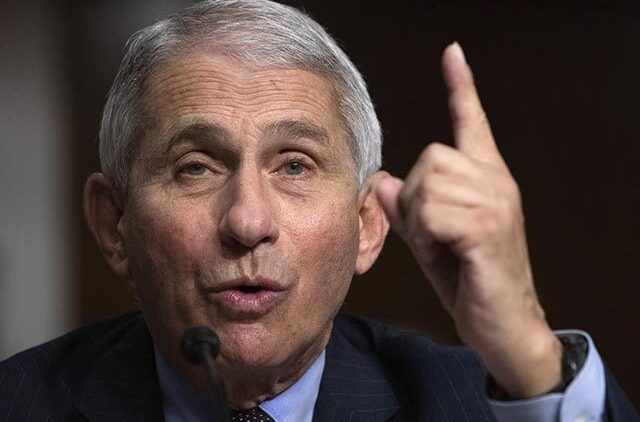 Dr. Anthony Fauci reassured the World Health Organization Thursday that the United States will remain part of the global health entity under President Joe Biden, despite its obvious favoritism toward China.

Fauci addressed Director-General of the World Health Organization Dr. Tedros Adhanom as “my dear friend” and announced that Biden had signed a letter retracting former President Donald Trump’s decision to withdraw from the W.H.O. He also said the United States will continue to fund the organization.

“I join my fellow representatives in thanking the World Health Organization for its role in leading the global public health response to this pandemic,” he said.

Fauci made no mention of the organization’s failures during the coronavirus pandemic, allowing China to lie and obfuscate the nature of the disease and its spread until it infected the world.

Trump withdrew from the organization in July 2020 because of its favoritism to China and the failure to handle the coronavirus pandemic.

China continues to block access from W.H.O. scientists sent to investigate the coronavirus.

During his speech, Fauci pointedly abandoned any mention of Trump’s “America First” rhetoric in favor of a “global response” to the pandemic.

“The Biden Administration also intends to be fully engaged in advancing global health, supporting global health security and the Global Health Security Agenda, and building a healthier future for all people,” he said.

Fauci announced Biden will reaffirm the commitment of the United States to join COVAX and support the ACT-Accelerator to push vaccine distribution and development around the world.

Dr. Tedros thanked Fauci for restoring the American commitment to the W.H.O.

“We are all glad that the United States of America is staying in the family,” he wrote on Twitter with the hashtag #WeAreFamily: