ELECTION 2020: President Trump Has A 91-to-95 Percent Chance Of Winning 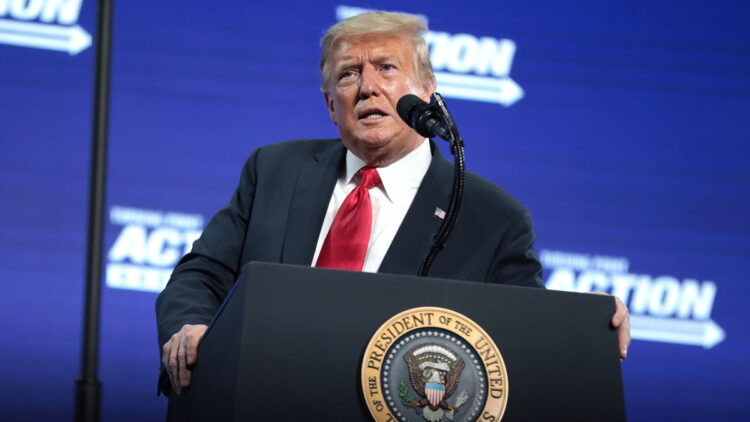 Election 2020: According to one electoral model, President Trump has a 91-to-95-percent chance of winning in November. Considering the polls and the state of the United States, this seems unbelievable right now.

Yet, we only have to remember how the polls and forecasts said Hillary Clinton would win in 2016…

Amazingly, this Primary Model, which predicted that Donald Trump would win in 2016, has also predicted all but two winners since 1912 when primaries were first introduced to United States politics.

CHECK OUT: If only the press would attack Joe Biden like they do President Trump. Yet Biden still makes gaffes in a sterile staged press conference.

Political science professor Helmut Norpoth, who established the model in 1996 has tested it thoroughly but makes a disclaimer for the 2020 election.

He writes at the top of his forecast: “Caution: The massive disruptions caused by the Coronavirus outbreak may prompt me to revise the forecast, especially if there is a crack in Trump support.”

On May 29, Professor Norpoth told Fox that COVID-19 hadn’t yet impacted the President’s job approval ratings. He said: “Unless his approval rating collapses, I don’t think that this would have much bearing on my forecast.”

However, it wasn’t COVID-19 that caused the President’s approval ratings to drop, it was George Floyd’s death and the protests that followed.

According to Gallup: “In early May, Trump’s approval tied his personal best at 49% — before it sank amid nationwide protests over racial injustice after the death of George Floyd. Now his approval rating stands just three percentage points above his personal low of 35%, registered on four separate occasions in 2017.”

This means Norpoth’s Primary Model is no longer accurate.

CHECK OUT: The Democrats call to defund the police could be the boost President Trump needs leading up to the 2020 Election.

According to Politico, President Trump’s senior campaign advisor Jason Miller said: “President Trump plans on winning every state that he did in 2016, plus picking up others. We’re in a great position to be on offense and would rather be in our shoes than in Joe Biden’s.”

In the same article, Politico writes that the President is competitive across the 30 states he won in 2016 and that Joe Biden faces an “enthusiasm deficit among his party’s likeliest voters.”

That’s right, Democrats don’t care for Joe Biden, they just want President Trump out. They’ve not even confirmed Joe Biden as their candidate still as he’s such a liability.

According to Professor Norpoth’s model, the stronger candidate in the primary will win the 2020 election. The question is, over the next few months will the President regain his approval rating?