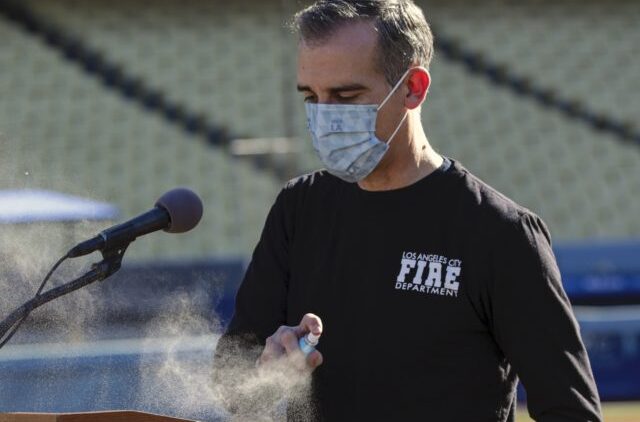 Los Angeles Mayor Eric Garcetti proposed a new program Monday to use therapy rather than policing to respond to some nonviolent emergencies, outlining the idea in his “State of the City” speech.

Unveiling what he called a “Justice Budget,” fueled by cash from President Joe Biden’s $1.9 trillion “COVID relief” bill, Garcetti proposed new spending on a variety of “progressive” programs, including on public safety.

Garcetti said that he opposed efforts to “abolish the police,” but he said that the “burden” of some police work should be handled by other programs: “We have lived for far too long in an America that outsourced the work of public safety only to a few, instead of embracing it as the work of us all. While much of that work is heroic, too often it is tragic as well.”

One new program was one that Garcetti dubbed “Therapeutic Unarmed Response for Neighborhoods,” or TURN:

It’s a time to recognize wrongs and to set them right.

By giving up some power and admitting some errors, we can foster genuine safety from street to school to park to home.

That includes a nation-leading partnership with L.A. County starting next month to send clinicians instead of cops to respond to non-violent mental health emergencies through 911, 24- 7. The goal: real results for Angelenos suffering from mental health challenges that too often go untreated.

The Gang Reduction and Youth Development program, or GRYD, is made up of contracted community intervention workers, often who have lived experience of gang life but who have turned their wounds into the power to heal.

They stop violence before it starts.

Year after year, I have deepened our city’s investments in violence intervention and prevention.

So we’re going to ramp up their numbers, expand their footprint, increase their pay, and treat them like the professionals they are.

GRYD’s budget will increase by a third, to $33 million … an expansion that adds a corps of 80 new peace ambassadors planting seeds of reconciliation, calm, and unity.

Garcetti did not announce any new spending on the Los Angeles Police Department (LAPD), whose budget he slashed by $150 million last year — in the midst of Black Lives Matter riots — to redistribute the money to “communities of color.”