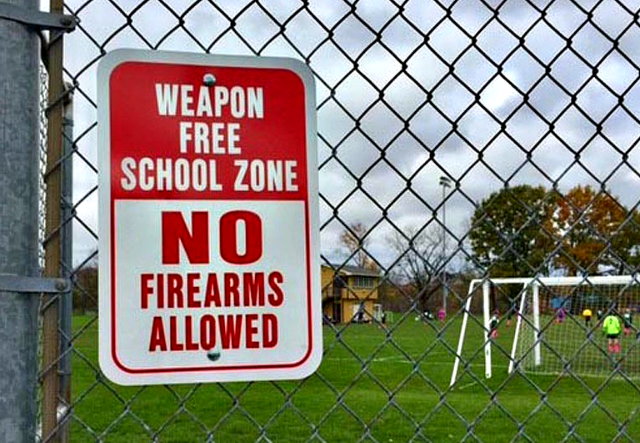 VERDICT: True, when “gun-free zones” are defined as “places where where general citizens couldn’t carry guns.”

Okafor’s testimony is part of the Committee on Oversight and Reform hearing “examining the practices and profits of gun manufacturers.”

The hearing centered on AR-15 rifles, which Okafor said she was proud to defend. She listed numerous instances in which law-abiding citizens have used AR-15s for self-defense, then noted that mass public attacks with ARs largely occur in gun-free zones.

Okafor intimated that the attackers enjoy the gun-free zones because they know they will not face armed retaliation.

She said, “It’s not surprising that 94 percent of mass shootings occur in gun-free zones.”

In a 2014 study, updated in 2018 then again on July 6, 2019, the Crime Prevention Research Center (CPRC) showed that 94 percent of mass public shootings between 1950 and the date(s) of the study occurred in gun-free zones.

On July 31, 2019, Breitbart News pointed to another study by CPRC which looked at a smaller window of time and even then nearly 90 percent of mass shootings between 1998 and June 2019 occurred in gun-free zones.