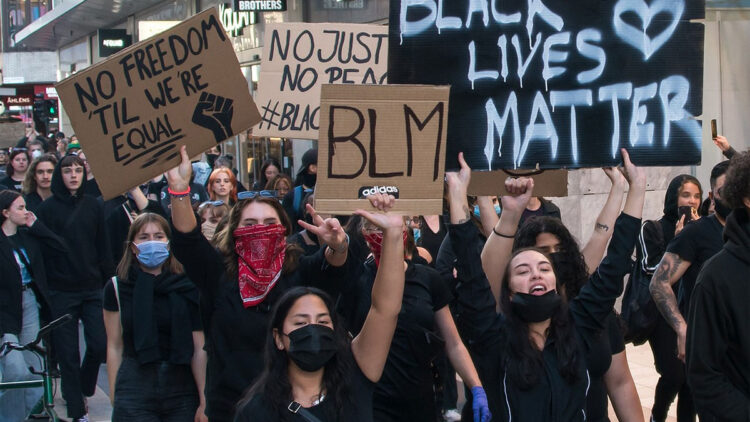 It’s a question every Conservative and person with a brain has been asking. Fortunately Sen. Hawley isn’t just tweeting this out, he’s making it formal and has sent it to William Barr, the Attorney General of the United States.

In the letter, he writes: “In the past few weeks, state officials across the country have blatantly violated the free exercise and free speech rights of religious Americans. Under the First Amendment, state officials must not treat religious persons and groups worse than others, and they must not favor one kind of speech over another. State officials have violated the free speech and free exercise rights of religious Americans by treating religious gatherings and speech differently than the speech and mass gatherings of protests. I urge you to launch a full civil rights investigation.”

It goes beyond religious freedom. Recent actions of officials make a mockery of the COVID-19 lockdown, the economic destruction it has caused, and the guidelines that are still in operation today.

CHECK OUT: Antifa has hijacked part of Seattle, using barricades to create a border and issuing a call-to-arms for people to protect it.

Having double standards is a recurring theme for the Democrats.

Their outrage over the impeachment resulted in tearing up the President’s COVID-19 warning in January. They then flipped the script and doubled down on COVID-19 fear. Blaming the President for everything while keeping states in lockdown despite the economical and mental distress it was causing.

Now, they’re all out protesting over systemic racism, as if COVID-19 was always easily bettered by a mask and a pair of gloves.

In the letter, Sen. Hawley continues: “Now, after two weeks of nationwide protests, no uncertainty remains. Many jurisdictions across the nation are imposing extraordinarily strict caps on religious gatherings—such as restricting religious gatherings to 10 or fewer people—even as those jurisdictions allow thousands of people to gather closely in protests. States cannot allow one but prohibit the other.”

Democrats are happy to destroy the economy, religious freedom, and anything else in their path if it means stopping President Trump in the 2020 election.

In the letter, Sen. Hawley says that state officials support the message behind the protests, but deny religious gatherings. This clear and obvious support of one speech, while denial of the other is proof of the First Amendment violation. Officials cannot block one speech for another, just because they deem it more or less valuable.

Ironically, this is happening to Conservative voices daily, even the New York Times admitted that the mainstream media is not interested in Conservative politics.

The Senator concludes his letter by saying: “Because of coronavirus, religious individuals already have been unable to fully celebrate important religious days—Passover, Easter, Ramadan, Pentecost, among others. They should not have to undergo the continued indignity of state officials violating their free exercise and free speech rights as well.”

It will be interesting to see what happens next because the protests don’t seem to be ending, and the double standards will not be reported by the mainstream media.