First Cases of ‘Monkeypox’ Discovered in Sweden and Italy 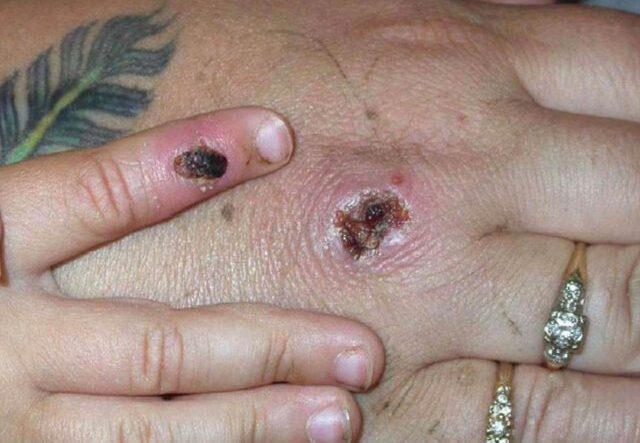 Sweden and Italy are the latest countries to report cases of the so-called “Monkeypox”, a disease that has already been reported in Spain, the UK and the United States in recent days.

The first Italian case of the Monkeypox disease, which is a virus from the same family as smallpox but believed to be far less severe, was reported on Thursday in a man who had recently travelled to the Spanish Canary Islands.

The Capitoline National Institute for Infectious Diseases in Rome confirmed the first known Italian case and the man is currently hospitalized in general isolation, the newspaper Il Giornale reports.

“I communicated to [Health] Minister Roberto Speranza the isolation that took place at Spallanzani of the first case at the national level of the so-called monkey pox… The situation is constantly monitored,” Councilor for Health of the Lazio Region, Alessio D’Amato, said.

In Sweden, the  Public Health Agency of Sweden (FHM) released a statement on Thursday also confirming the first recorded Monkeypox case in their country. A person in Stockholm is said to have tested positive for the virus.

“The person in Sweden who has been confirmed to be infected with the virus is not seriously ill but has received care. We do not yet know where the person has become infected. An investigation is ongoing right now,” infectious disease doctor and investigator Klara Sondén said.

“Those who have contracted the disease in Europe have had a mild illness, there has been fever, swollen lymph nodes and skin rashes,” Sondén added.

According to the BBC, there are two strains of the Monkeypox virus, one from West Africa and the other from Central Africa. Symptoms can include headache, fever, aching muscles and a rash that can become extremely itchy and lesions may also lead to scarring.

It is believed to be transmitted through direct physical contact but also through sexual activity, and many of those who have been diagnosed with the disease are said to be homosexual men.

In the UK, health officials are investigating gay bars and other venues frequented by six homosexual and bisexual men who recently tested positive for the virus as six of the UK’s nine confirmed cases have involved homosexual men.

At least 17 suspected cases of the virus have been reported in the Canadian city of Montreal as well, although the city’s top health official Dr Mylène Drouin has urged locals not to panic about the possible outbreak, claiming most of the reported cases were not severe.

Most cases of Monkeypox are believed to be mild, although there have been reported deaths from the virus in western Africa.