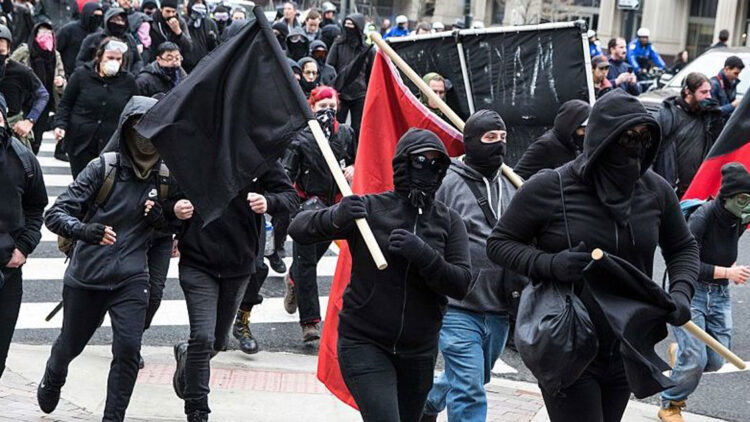 Seattle’s ‘Free Capitol Hill’, a zone now policed by the ‘People’s Force,’ which encompasses a warlord and a well-armed crew, has issued their list of demands.

You would think that the number-one demand would be for them to be saved from the warlord, yet you would be wrong.

Instead, they’re holding Seattle to ransom and acting like they have some remnant of power outside of the fact Democrats have idled true law and order to give the systemic racism narrative a big audience so that they can pander with kente cloths and impossible promises.

There are only two ways out of this mess. Stop coddling the anarchists and send in the National Guard, or meet the ‘Free Capitol Hill’ list of demands, which are:

It is insanity… Especially the one about anarchists wanting to give people in prison the right to vote.

Anarchists Pushing The Right To Vote

Why would activists care about a person’s right to vote? They’re activists, they are about defying the government not pushing democracy.

For instance, this is what Sean Davis, the co-founder of the Federalist wrote about Antifa and Co.: “Antifa doesn’t oppose police. What Antifa, a domestic terrorist organization, opposes is police who are accountable to elected officials and the laws they pass. Antifa’s model is the Soviet Stasi of East Berlin: a secret police state run by totalitarians.”

The only demand with any merit is reparations for victims of police brutality. The rest range in levels of ridiculousness or fall in line with a need for better use of government spending.

Nothing on that list warrants the level of destruction caused during these protests or actually addresses alleged systemic racism.

if Seattle yields in any capacity, the illusion that America doesn’t negotiate with terrorists is dispelled.

CHECK OUT: Antifa has hijacked part of Seattle, using barricades to create a border and issuing a call-to-arms for people to protect it.