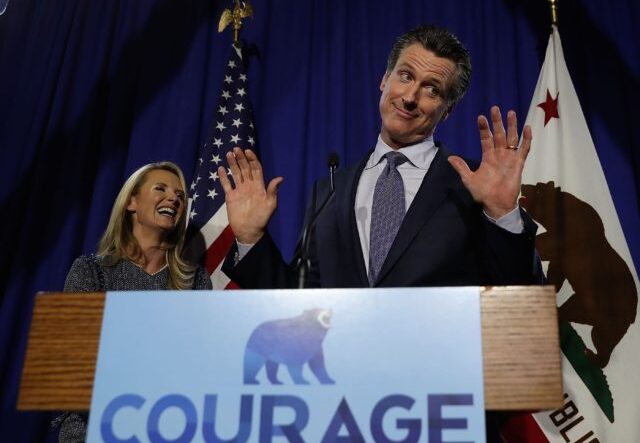 Gov. Gavin Newsom (D) is on a personal vacation to Montana despite California’s ban on state-funded travel to the state over its conservative social policies.

Newsom’s vacation was first reported by CalMatters reporter Emily Hoeven, who noted that Newsom’s office had not disclosed his destination before the trip, as it usually does.

The Fox News Channel also confirmed Wednesday that Newsom was in Montana, where his wife, Jennifer Siebel Newsom, has relatives who own a ranch. The two were married there in 2008.

California applied a travel ban to Montana in 2021 after the state adopted legislation to protect women’s sports from males competing as transgender females. As California Attorney General Rob Bonta said at the time:

Montana is being added to California’s state-funded travel restrictions list as a result of House Bill 112 and Senate Bill 215. Signed into law on May 7, House Bill 112 prevents transgender women and girls from participating in school sports consistent with their gender identity. Signed into law on April 22, Senate Bill 215 overrides existing state and local laws and policies that prohibit discrimination against LGBTQ+ Americans. It threatens to, among other effects, allow businesses to refuse a broad range of services to same-sex couples because of their sexual orientation alone. Given the effective date for the new laws, Montana, pursuant to AB 1887, will be added to California’s travel restrictions list on July 1, 2021.

A total of 22 states are on California’s banned list, according to Hoeven.

Newsom’s office told Fox News that he was not violating the travel ban because his travel was personal. However, when asked whether any state funds were being spent to provide the governor with security and other support during his trip, the governor’s office declined to answer.

Newsom has been known to violate his own rules before. In November 2020, he famously dined with friends and lobbyists at the French Laundry restaurant in Napa after imposing coronavirus restrictions on restaurants in other counties.

Earlier this year, he took his mask off at SoFi Stadium during the NFC championship game to pose for photos, despite a local mask mandate for large events.