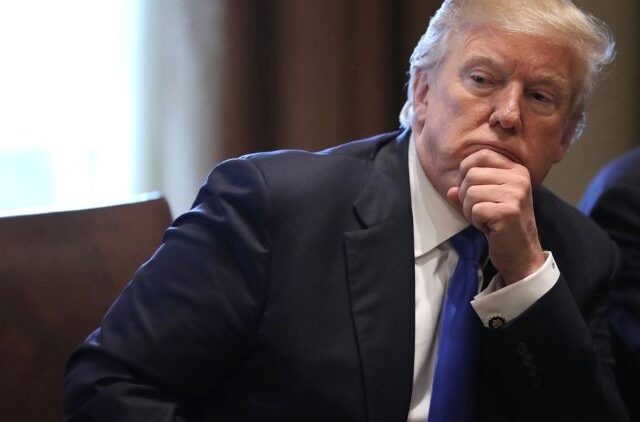 The German lender has been joined by the New York-based Signature Bank, which also announced that it would be ending its business relationship with the President.

Bloomberg News reported on Tuesday that two insiders within Deutsche Bank — who remained anonymous ostensibly due to banking regulations — confirmed that the German banking giant would no longer conduct any further business with President Trump or his company.

There will still be some relationship between the bank and the President, however, as he reportedly owes Deutsche Bank some $340 million in outstanding loans. The bank has served as a lender for President Trump since the 1990s and has lent some $2 billion during their business relationship.

The day after the events at the Capitol, the head of Deutsche Bank Americas, Christiana Riley wrote on LinkedIn: “Yesterday was a dark day for America and our democracy.”

“We are proud of our Constitution and stand by those who seek to uphold it to ensure that the will of the people is upheld and a peaceful transition of power takes place,” she added.

Ahead of the presidential election, Reuters reported that the bank was “eager” to sever ties with the president, after being caught up in the Russia collusion narrative for years and being forced to testify in congressional hearings during the probe.

Democrat Senator Elizabeth Warren — who serves on the Senate’s banking committee — said in November that she planned on continuing investigating the bank into the upcoming administration.

“You bet I’m going to continue to fight for accountability and strong enforcement of our banking laws, especially for giant institutions like Deutsche Bank,” she said.

On Monday, New York lender Signature Bank said that it would be closing two of President Trump’s personal accounts which hold some $5.3 million.

The bank also called for the president to resign before the end of his term, saying in a statement: “We believe the appropriate action would be the resignation of the president of the United States, which is in the best interests of our nation and the American people.”

“We have never before commented on any political matter and hope to never do so again,” the bank added.

According to UK’s Daily Telegraph, a spokesman for Deutsche Bank also said that it will refuse to do any business with members of Congress who backed the president in his fight against the certification of the electoral college vote.

The move by the two banks comes after the announcement from the online payment processor Stripe that it would be blacklisting the Trump campaign from its services, preventing the movement from accepting donations via credit card.