Gingrich: Midterms Will Be ‘Much Bigger Republican Tsunami’ than Expected 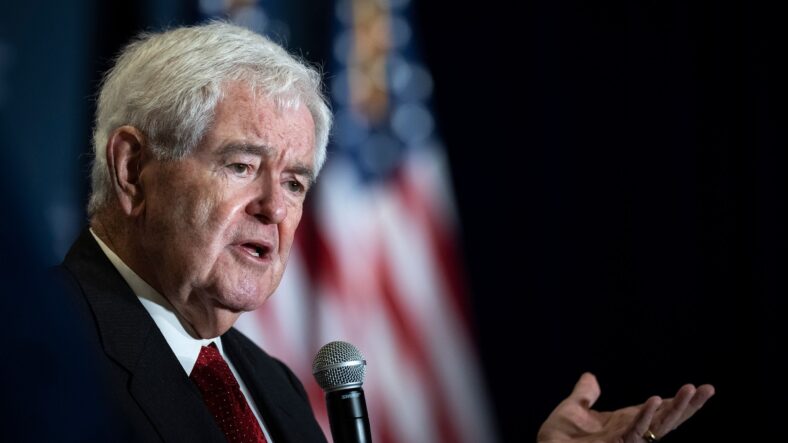 Former House Speaker Newt Gingrich said Friday on FNC’s “America’s Newsroom” the House Republicans will regain a majority in the November midterms in a “Republican tsunami.”

Gingrich said, “I think what Kevin McCarthy is trying to do and what I saw yesterday with his members, he succeeded. He is laying out a platform for governing, not just a platform for campaigning.”

Gingrich added, “The truth is, and you know this, the two of you, when you go to the grocery store, you know it ain’t working because it’s too expensive. I just paid $5.05 a gallon for gasoline last Saturday. It ain’t working. It’s too expensive. You watch the evening news and see the local murder rate. You know it’s not working. That is why I think this will be a much bigger Republican tsunami than people currently expect.”