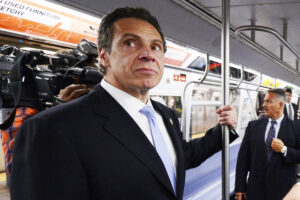 A number of Democratic governors rejected President Trump’s ultimatum, deploy your National Guard or he’ll send in U.S. military. The day after, at least one Governor clearly made the wrong decision.

Monday 1, June: New York’s Gov. Andrew Cuomo said on CNN that he had 13,000 National Guard troops available and that he can use them at any moment. Cuomo, in defiance of the President’s ultimatum, said: “I say thank you but no thank you.”

There would be no National Guard protecting New York City Monday night. Instead, there would be an 11 pm curfew.

The President’s ultimatum was in order for the National Guard to dominate the streets in reaction to the violent riots. Instead, Cuomo and Co. are under the impression that violence will sort itself out. Last night proves they’re wrong.

CHECK OUT: Looters are using explosives in Philadelphia to take ATMs packed with money.

Gov. Cuomo’s 11 pm curfew was pointless. Before 11 pm, Manhattan was under siege. With property destroyed, including windows broken and rampant looting.

Rachel Olding, a breaking news reporter for The Daily Beast wrote: “Hard to describe how rampant the looting was tonight in Midtown Manhattan and how lawless it was. Complete anarchy. Literally hundreds of stores up and down Broadway, Fifth Ave, Sixth Ave. Kids ruling the streets like it was a party.”

After 11 pm, there was no improvement and the violence actually increased, including what looks like well-organized criminals looting stores, seen below:

While the rioters and looters ransacked New York City the police stood idle according to one Twitter user. Plus, there was a lot of violence, including a police officer who was assaulted according to this NYPD Crime Stoppers tweet:

Maybe now, Gov. Cuomo will react? If not, the President has to act.

CHECK OUT: Proof that the riots are premeditated and well financed.