Governor Gets Called Out Over Deaths, Lies, And Politics 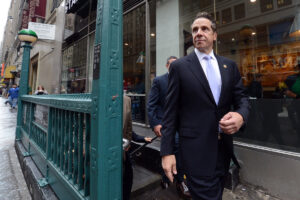 Governor gets called out by Fox News meteorologist Janice Dean, whose in-laws sadly passed away from the COVID-19 virus in an assisted living facility back in April.

POLITICS: Dean was compelled to react after New York’s Gov. Andrew Cuomo released a press release on Sunday, May 17. Cuomo said: “Older people, vulnerable people are going to die from this virus. That is going to happen despite whatever you do.”

Janice Dean tweeted her translation of Cuomo’s statement: “Not my fault even though I approved the order that recovering coronavirus patients could go back into nursing and assisted living homes. And then it spread like wildfire to the most vulnerable people that we are supposed to be protecting…”

The fact is Gov. Cuomo on March 25 issued a policy directing nursing homes and assisted living facilities to take back patients who had been treated for COVID-19. He did this despite everyone being told countless times that the elderly and those with underlying conditions were most at risk.

Experts believe this decision is likely the reason deaths escalated in facilities across New York.

CHECK OUT: The President believes Obama was involved in agency spying.

Deaths Amongst The Vulnerable

According to a New York Times analysis, 28,000 residents and workers have died in nursing homes and assisted living facilities across America. This means, at the time of writing, one-in-three COVID-19 deaths are linked to homes or facilities.

Janice Dean tweeted: “Several Democratic state lawmakers are now demanding an independent investigation of how the Cuomo administration has handled the coronavirus outbreak in nursing homes, which have seen more than 5,300 deaths from the virus. They’ve got strong grounds for their demand.”

What adds even more weight to an investigation is that the death toll numbers being given are false.

Lying About The Numbers

The Daily Caller released an article that put a spotlight on Cuomo and New York. What they discovered was that at the end of April the coronavirus tracker for nursing home and adult care facilities stopped including out of facility deaths.

Jill Montag, a spokeswoman for the New York State Department Of Health said: “Deaths of nursing home and adult care facility residents that occurred at hospitals are accounted for in the overall fatality data on our COVID-19 tracker.”

What this means is that those who caught the virus in a nursing home or facility, who then died at a hospital, no longer count towards the numbers on the nursing home and adult care facilities coronavirus tracker.

The overall death toll in New York won’t increase but the number of people who have died in nursing homes and assisted living facilities will increase as further information is revealed. What this does is show the scale of Cuomo’s mistake, and possibly one reason as to why the tracker reporting was changed.

CHECK OUT: The rich escaped New York City as the pandemic was spreading, likely taking it around the country.

Governor Gets Called Out

Cuomo reversed the policy on May 11, changing it so nursing homes and care facilities needed to wait until a coronavirus patient tests negative before readmitting them. It’s unknown how much damage was caused before the reversal but one thing is certain, a lof of people are now looking at Cuomo’s decisions.

It’s no surprise that Cuomo during the same press conference said: “No one should be prosecuted for nursing home deaths.”

Janice Dean’s response to this sums it up nicely.

CHECK OUT: Joe Biden is the second most reviled amongst Secret Agents.