UPDATED: Here’s the names of celebrities that are bailing out rioters from jail 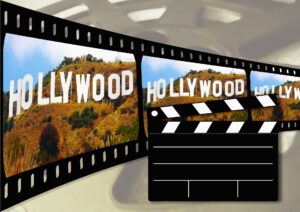 People in Hollywood and talent-less people in the music industry who can’t write their own music, have always associated being a celebrity (rich and famous) to that of being intelligent. They do not go hand-in-hand. If not for Ricky Gervais, Steve Carrell would have no career. If not for Judd Apatow, Seth Rogen would be just another waste of space on Twitter.

There’s a fine-line between clever and stupid, and these celebrities epitomize the latter. They’re using their lemming-based followers and their overpaid bank accounts to help support the protesters (and by default) the riots and looters throughout the USA.

No update on whether they’ve provided the addresses of Hollywood production companies, Hollywood agencies, and Hollywood TV and film studios to the “protesters” yet.

Mrs. John Legend is for some reason a celebrity, yet mostly on Twitter. Her latest project was “Chrissy’s Court” on the failed streaming service Quibi. You know you’ve got nothing left than celebrity Family Feud when your Judge Judy rip-off fails horribly.

The former boy band phenom from *NSYNC is one of the celebrities bailing out rioters.

Unless you’re a tween, you’ve probably never heard of this singer from Edison, New Jersey. She had some success in the early 2010’s, yet that success has dried up in recent years.

Another celebrities that are bailing out rioters and protesters include: