The Issues Of Higher Education: Political Art By A.F. Branco 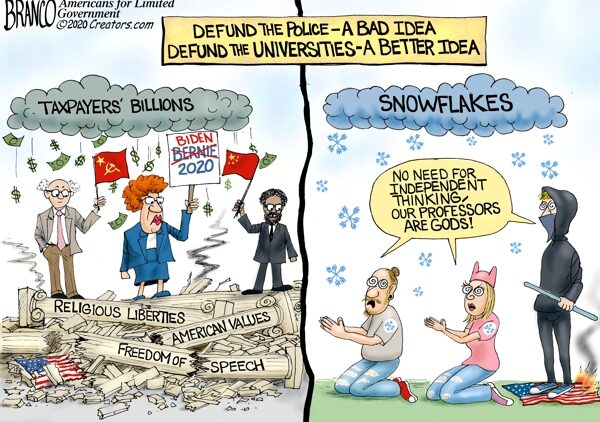 For anyone wondering where these angry riotous snowflakes are coming from, look no further than higher education.

Check out political artist A.F. Branco take on the higher education conveyor belt below or find more at ComicallyIncorrect.com.

The Process Of Higher Education

Comically Incorrect describes the above image as: “This cartoon is truer today than when first drawn. Lower and higher education is nothing more than Marxist re-education camps and we’re reaping their propaganda harvest. STOP SENDING YOUR KIDS THERE!”

CHECK OUT: A Michigan teacher was fired for supporting President Trump’s decision to send children back to school.

Comically Incorrect describes the above image as: “Americans are now reaping the years of indoctrination by Marxist professors in our universities.”

CHECK OUT: A University student who reported being the victim of a racial hate crime is called out by police after all evidence points to the fact he did it to himself.