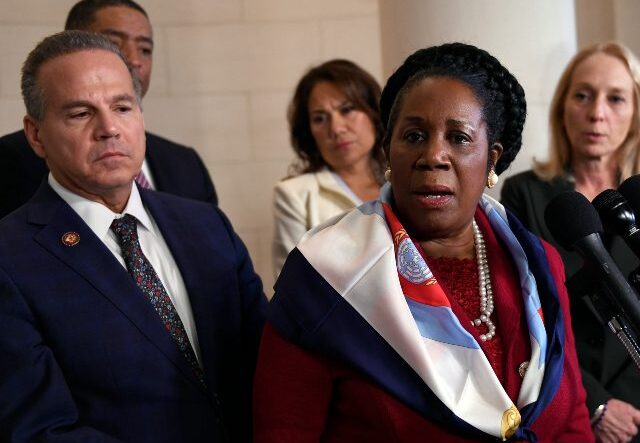 Democrats are preparing a large gun control package to be considered in House Judiciary Committee on Thursday.

Reportedly included in the massive gun control package are provisions to ban high-capacity magazines, increase the purchase age of semi-automatics from 18 to 21, ban bump stocks for civilian use while requiring existing bump stocks to be registered with the government, change the definition of “ghost guns” so they fall under background checks at point of sale, increase penalties for gun trafficking, and mandate how Americans store firearms in their homes.

According to Punchbowl News, the bill’s names and sponsors are:

It seems likely the Democrats in the House may have enough votes to pass the package. A vote will reportedly be held next week on the litany of bills. If the package narrowly passes the House, it will move to the Senate, where it must survive a 60-vote, filibuster-proof threshold to pass the deliberative body.

Last week, Sen. Mitch McConnell (R-KY) instructed Sen. John Cornyn (R-KY) to work with Democrats on gun control measures. “I’ve encouraged him to talk to Sen. Sinema, Sen. Murphy and others who are interested in trying to get an outcome that’s directly related to the problem. I am hopeful that we could come up with a bipartisan solution that’s directly related to the facts of this awful massacre,” McConnell stated, referring to the deadly shooting at Robb elementary school in Uvalde, TX, last week.

The announcement of the legislation comes after President Biden claimed on Memorial Day the Second Amendment is not absolute.

“It makes no sense to be able to purchase something that can fire up to 300 rounds. There’s only one reason to buy a gun that can fire 100 rounds,” Biden claimed. “The Constitution, the Second Amendment was never absolute.”