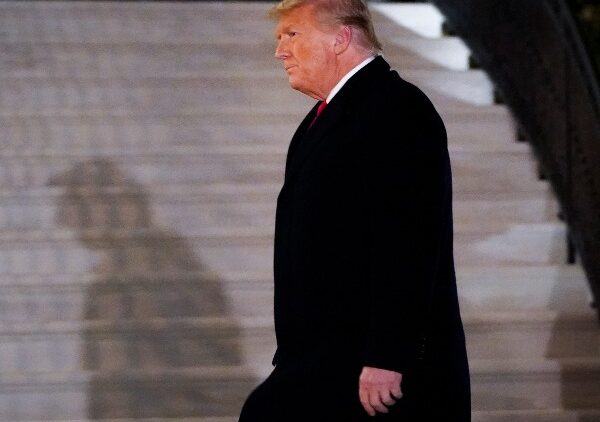 The House of Representatives has voted to impeach Donald Trump on a count of incitement of insurrection, accusing him of whipping up a crowd of supporters to invade and wreak havoc upon the U.S. Capitol last week as lawmakers were counting Electoral College votes certifying Joe Biden’s win in the Nov. 3 election.

By a 232-197 vote, the divided House voted after two hours of intense debate to impeach Trump for the second time in his term of office. This, even though his term is due to end with the Jan. 20 inauguration of Biden.

The voted was mostly according to party lines, and indeed all 222 Democrats in the House voted to impeach. But some 10 of the House’s 211 Republicans joined the Democrats to affirm the impeachment.

The case now goes to the Senate for a trial. Majority Leader Mitch McConnell has indicated in a letter that he’s personally undecided about how to vote, but he did say Wednesday he would not call a special emergency session to try to resolve the case while Trump remains in office. That means that although impeachment advocates’ goal had been to try getting the president out of office before his term ran out, the trial won’t accommodate that and is not expected to occur until Biden takes the reins of government.

Trump has maintained for weeks that the election was stolen from him through elaborate voter fraud. Advocates of impeachment contended that on Jan. 6, at a rally near the Capitol where he reiterated his claims of voter fraud, he incited followers to march to the Capitol and disrupt the electoral certification session as a show of strength and patriotism.

Several deaths have been linked to the siege, including that of a Capitol Police officer struck on the head with a fire extinguisher. Some 170 criminal investigations have been initiated so far as law enforcement agencies identify and charge parties involved in the siege. The breach disrupted the electoral count session, normally a speedy ceremonial obligation of the House and Senate, for several hours, sending lawmakers into lockdown in secure and secret locations while the iconic government building was vandalized.

This is Trump’s second impeachment. The first was linked to claims of collaboration with Russia to disrupt the 2016 presidential election, and with campaign efforts to convince Ukraine to provide evidence damaging to Biden’s 2020 campaign. The Senate did not convict and Trump remained in office, defiant and insistent that the whole of the allegations had been a deep-state hoax.

This is a developing story.