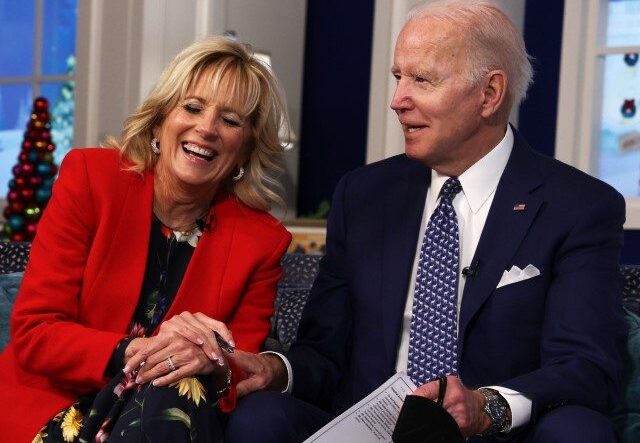 President Joe Biden and First Lady Jill paid less federal taxes in 2021 than in 2020, despite the couple earning more income in 2021.

A majority of the couple’s income comes from Joe Biden’s $400,000 presidential salary, of which he took home $378,333 due to being inaugurated on January 20, 2021. Jill Biden took home $67,116 from a Northern Virginia Community College teaching position. An additional $61,995 in income was reported from two S corporations, CelticCapri Corp. and Giacoppa Corp.

“With this release, the President has shared a total of 24 years of tax returns with the American public, once again demonstrating his commitment to being transparent with the American people about the finances of the commander in chief,” The White House said in a statement.

Although they earned more income in 2021 than in 2020, they donated close to half the amount of money to charities as they did in 2020. In 2020, Joe and Jill Biden donated $30,704 to charity. However, they only gave $17,394 in charitable contributions last year. The largest donation in 2021 went to the Beau Biden Foundation, a foundation that honors Biden’s deceased son.

Both 2020 and 2021’s tax returns show that Joe Biden and his wife earned significantly less income than in 2019, when the couple reported nearly $1 million in income from teaching positions and book sales. Additionally, Biden reportedly made over 16.5 million during his time out of the oval office between 2017 and 2019.

Vice President Kamala Harris and her husband Douglas Emhoff reported more than $1.6 million in income for 2021, which they were taxed at 31.6 percent. Harris and her husband paid $120,517 in California state taxes, $2,044 in New York income tax, and $54,441 in Washington, DC taxes, according to their tax returns.

Harris’ income comes from the sale of a San Francisco property the couple owned, and sales from her book The Truths We Hold.