Joe Biden: ‘At Some Point I Will’ Visit the Border 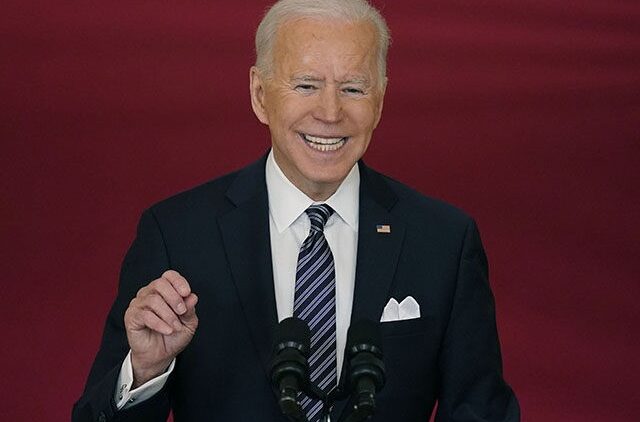 President Joe Biden told reporters Sunday he would visit the Southern border “at some point,” appearing unwilling to commit to the idea soon.

“At some point, I will, yes,” Biden replied when a reporter asked if he would visit the border.

Biden spoke to reporters as he returned from his weekend trip to Camp David.

When asked if he would visit some of the detention facilities for migrants personally, Biden replied, “I know what’s going on in those facilities.”

One reporter asked Biden why his message urging migrants not to come from the United States was not working.

Biden said he and his administration were working to handle the dramatic surge at the border.

“We are in the process of doing it now including making sure we re-establish what existed before, which is they can stay in place and make their case from their home countries,” he said.

The Department of Health and Human Services is housing nearly 10,500 unaccompanied minors in emergency facilities and about 5,000 in custody at a Customs and Border Protection facility, according to a Saturday CBS News report.

In an interview Wednesday, Biden advised migrants not to come to the U.S. border, but his administration has struggled with mixed messaging on the issue.

“Yes, I can say quite clearly: Don’t come over,” he said. “We’re in the process of getting set up.”

Biden has refused to admit the crisis on the border is an actual crisis, as more migrants flood to the border.

“We’ll be able to handle it,” he replied to reporters at the White House on March 2. “God willing.”