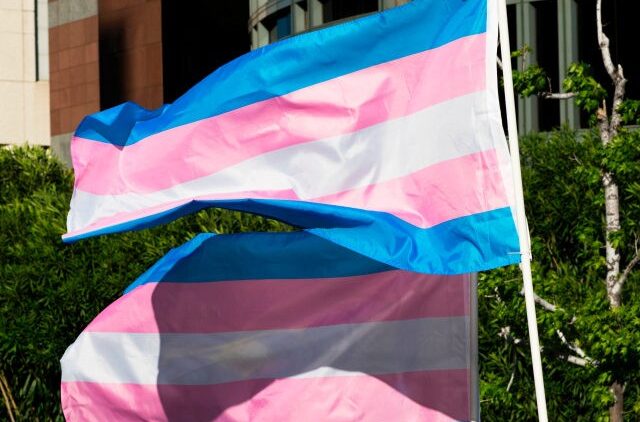 President Joe Biden will display transgender flags at the White House on Wednesday to celebrate Transgender Day of Visibility, according to an official.

White House Director of Political Strategy and Outreach Emmy Ruiz announced Biden would display the pastel pink and blue and transgender flag at the White House.

“Imagine being a trans kid and feeling seen by the highest office in the land. And not just seen, but loved and cared for,” she wrote on social media.

“Transgender Day of Visibility recognizes the generations of struggle, activism, and courage that have brought our country closer to full equality for transgender and gender non-binary people in the United States and around the world,” Biden’s statement read.

The president recognized the “trailblazing” and “hard-fought” efforts of activists to give transgender people “the bravery to live openly and authentically.”

“This hard-fought progress is also shaping an increasingly accepting world in which peers at school, teammates and coaches on the playing field, colleagues at work, and allies in every corner of society are standing in support and solidarity with the transgender community,” the statement read.

Biden reminded transgender activists of the important gains for transgender individuals including the Senate confirmation of Rachel Levine as assistant secretary for health in the Department of Health and Human Services.

“Vice President Harris and I affirm that transgender Americans make our Nation more prosperous, vibrant, and strong,” the statement concluded. “I urge my fellow Americans to join us in uplifting the worth and dignity of every transgender person.”