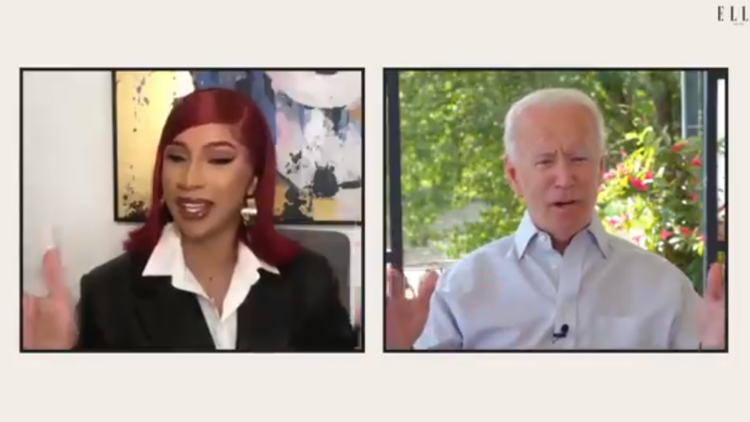 Joe Biden forgot two grandchildren during a virtual chat with rapper Cardi B.

Is it senility or is Joe Biden choosing to not count them?

The Facts: The Democrats 2020 election hopeful told the rapper he had five grandchildren. Yet, he has seven.

Well, six if like the Biden’s you’re ignoring the grandchild Hunter Biden had with a Washington D.C. stripper, who was originally from Arkansas. You know the one where he dodged a paternity test and maintenance payments for months before agreeing to pay.

And yes, the Biden’s really do ignore that grandchild. Jill Biden said during a virtual town hall in April 2020: “We have three children, and we have six grandchildren.”

That’s three months after Hunter Biden agreed to pay maintenance, and one month after Hunter and his new wife gave birth.

So despite Jill Biden counting six, and Joe counting five, Trump’s War Room is counting them all.

CHECK OUT: Democrat calls out Joe Biden for racist past policies.

As you get older, moments of senility happen. It’s not a big deal unless you keep getting things wrong. And that is the case for Joe Biden.

Just on his grandchildren alone, he has got it wrong during two broadcasts this year.

The first in April, where Joe Biden told late-night host Jimmy Fallon: “I have five grandchildren. Every single day I either talk to them or we text.”

This comment was a month after their seventh grandchild was born, and a week before Jill Biden said six grandchildren during the virtual town hall.

The second time he said five grandchildren was with Cardi B in August.

CHECK OUT: Joe Biden blames President Trump for a dam disaster despite Democrats being the ones at fault.

This leads us back to the question, and we’ll let the Democrats pick. Is Joe Biden ignoring these grandchildren or can’t he remember them?

It’s a tough pick, admit Joe Biden forgot two grandchildren twice or admit that the candidate trying to push family and faith, deliberately chooses to ignore two of his own grandchildren.

CHECK OUT: Joe Biden says he’ll fix systemic racism in the United States in 100-days of being elected. So why didn’t he fix it during his four decades in politics already?