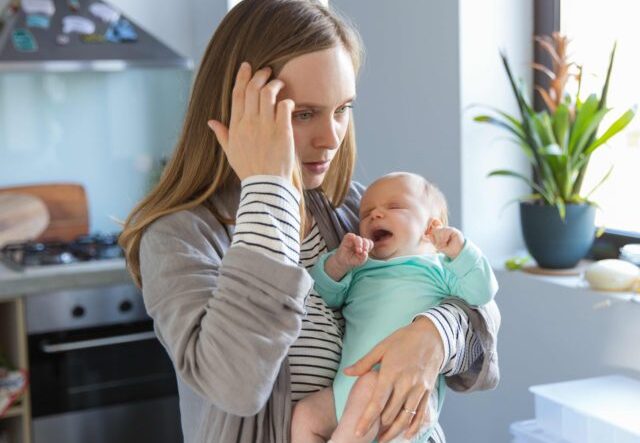 President Joe Biden is failing to address the acute shortage of baby formula across the country, which is resulting in panic for mothers, for whom formula is a necessary supplement or substitute for breast milk.

On Wednesday, incoming press secretary Karine Jean-Pierre was asked who at the White House was “running point” on the baby shortage. She had no idea.

Instead, she assured reporters that the Food and Drug Administration (FDA) was rushing to make sure formula is “safe.” She blamed “Abbott’s voluntary recall of infant formula products,” which took place after four infants were hospitalized, and two died, though there is no proven link yet with the formula itself, according to the FDA.(The White House cannot get its message straight: on Monday, press secretary Jen Psaki said the FDA had “issued” the recall.)

Meanwhile, desperate mothers are considering their options: driving for hours to find formula somewhere; trying to restart or boost breast-feeding; or even trying to create their own homemade substitutes, which the government has advised them not to do.

They face the prospect of being unable to feed hungry, panicked, and crying infants, who are incapable of understanding why their mothers, who have nurtured them every moment of their lives thus far, are somehow, suddenly, declining to feed them.

If this were the Trump administration, the media would have been demanding answers. They would have been insisting that the president invoke the Defense Production Act, as they did of Trump during the early days of the coronavirus pandemic.

And Trump would have taken charge.

As former aide Stephen Miller argued, “There’d of course be no formula shortage if 45 were in office. But pretending there was: he’d have instantly issued [executive orders], brought formula CEOs to Oval Office for public mtg, held Cab Mtg to break all logjams, told FDA head fix or be fired, made all staff work overtime till SOLVED.”

What Biden does is pass the buck, despite promising voters in 2020: “I’ll take responsibility instead of blaming others.”

Biden agrees that it is a scandal when Americans go hungry. He shouted during a speech Wednesday: “Remember those long lines you’d see in a television and people lining up in all kinds of vehicles just to get a box of food in their trunk?” He added that the “MAGA crowd” wanted to ignore the destitute.

Well, now we have another hunger crisis — one that affects the most vulnerable human beings in our society.

And it is not enough to blame a recall, or the pandemic. Americans want Biden to do something.

But he is letting babies go hungry.