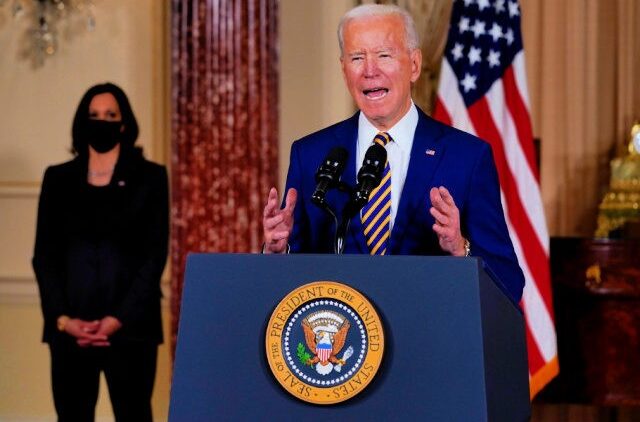 President Joe Biden and Vice President Kamala Harris both called for government-mandated buybacks of AR-15s and other commonly-owned semiautomatic rifles while on the campaign trail.

Breitbart News noted that Biden staked his position on mandatory buybacks during the first Democrat debate of the election 2020 campaign cycle.

He said, “Folks, look, and I would buy back [assault] weapons. We already started talking about that. We tried to get it done. I think it can be done. And it should be demanded that we do it. And that’s a good expenditure of money.”

On September 7, 2019, Breitbart News noted then-Democrat presidential hopeful Kamala Harris voiced support for government-mandated buybacks of AR-15s and other commonly-owned semiautomatic rifles. Bloomberg quoted Harris as saying, “I think it’s a good idea,” while admitting she was not quite sure how it would be carried out.

On November 19, 2019, NBC News interviewed Harris and highlighted her support of a “mandatory gun buyback.”

Harris said, “We’ll have an incentive for people to turn them in and [we’ll] buy them back.”

She went on to describe AR-15s and other commonly-owned semiautomatic rifles as “weapons of war,” and suggested there were “five million” such rifles in private ownership. But the National Shooting Sports Foundation reports “there are an estimated 19.8 million Modern Sporting Rifles (MSRs)” that have been in circulation for private possession since 1990 alone.

That means there are nearly 20 million AR-15s, AK-47s, and variants of both rifles, which law-abiding gun owners would have to hand over if the Biden Administration enacted a mandatory buyback.