Joe Biden on Memorial Day: ‘The Constitution, the Second Amendment Was Never Absolute’ 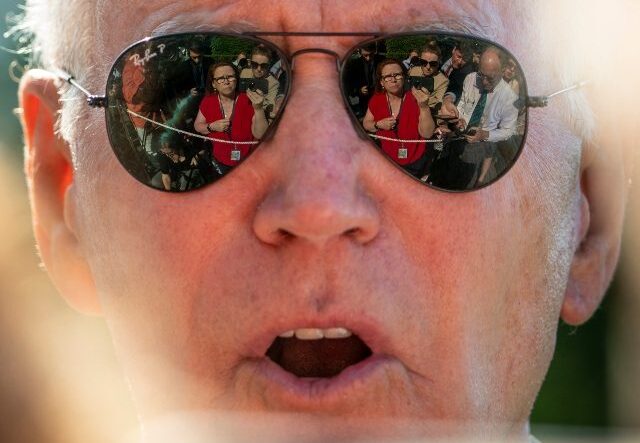 President Joe Biden pushed for more gun control on Monday, even though it was Memorial Day, a national patriotic holiday.

“The Constitution, the Second Amendment was never absolute,” Biden said to reporters.

The president spoke to reporters about gun control as he returned to Washington, DC, from Delaware for Memorial Day ceremonies.

Biden falsely claimed again that Americans were unable to purchase a cannon when the Second Amendment was passed, despite being repeatedly fact-checked as false by even the Washington Post and Politifact.

“You couldn’t buy a cannon when the Second Amendment was passed and you couldn’t go out and purchase a lot of weapons,” he said.

Biden recalled a briefing he had when he was a senator on bullet calibers and the damage they caused to the human body.

“The 22 caliber bullet will lodge in the lungs and we can get it out,” Biden said. “A 9 mm bullet blows the lung out of the body.”

“The idea of a high caliber weapon, there is no rationale for it in terms of self-protection, hunting,” he said.

Biden also referred to a quote from Thomas Jefferson who said “the tree of liberty must be refreshed from time to time with the blood of patriots and tyrants,” tying it in with his argument about the Second Amendment.

“There was a while there, where people were saying, you know, the tree of liberty is watered with the blood of patriots, and what we have to do is to be able take on the government when they are wrong,” Biden said.

Biden argued in order for citizens to hold the government accountable with equal levels of force, Americans would have to own a fighter jet or a tank. 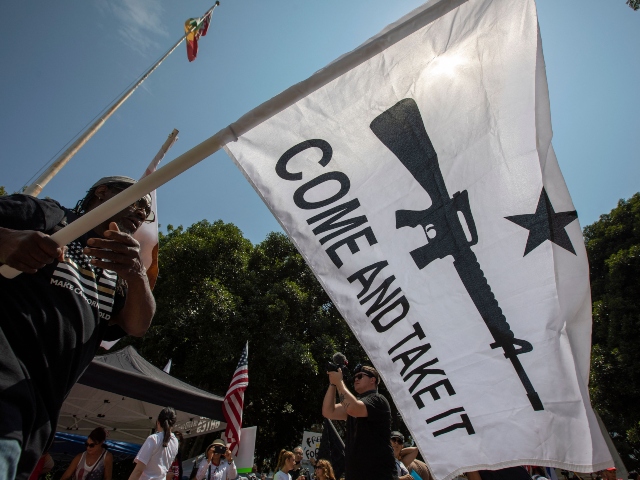 “To do that you need an F-15, you need an Abrams tank,” he said, suggesting it was an outrageous idea.

Biden revealed he had not had any conversations with Republicans on the issue of gun control but said he wanted to act.

Biden told reporters he spent over three hours and 40 minutes with the grieving families of the school shooting victims in Ulvada, Texas, on Sunday.

“I’m going to continue to push and we’ll see how this works,” he said.