Joe Biden: Polls Show Me ‘Beating Trump by 6 or 8’ Points in a Rematch 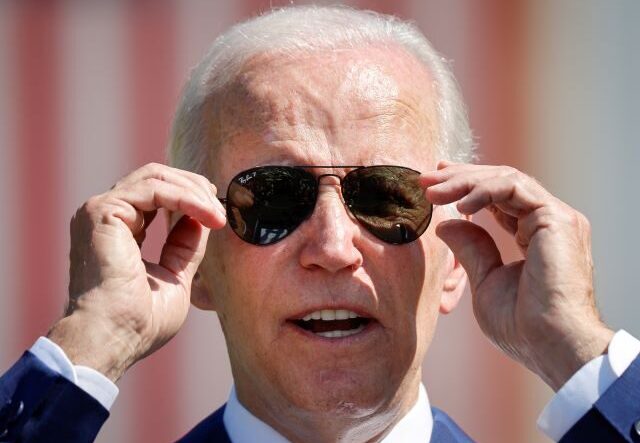 President Joe Biden expressed interest in some of the latest polling showing his approval ratings going back up after plunging to historic lows earlier this summer.

The president spoke to supporters on Thursday at a reception for the Democratic National Committee (DNC) in Maryland.

“It doesn’t do a whole lot to show the new polls showing me beating Trump by six or eight or whatever the hell the numbers are,” he said during his remarks.

The president was likely referring to a Wall Street Journal poll released last week showing that Biden holds a six-point lead over former President Donald Trump in a hypothetical rematch. Fifty percent of registered voters in the poll said they would probably or definitely vote for Biden, while 44 percent chose Trump.

Biden indicated that Democrats had to do well in the midterm elections to help defeat the rise of the “extreme MAGA Republicans” led by Trump.

“We have to win this off-year election for more reasons than just being able to move our agenda forward,” he said. “We have to.”

He derided Republicans for being “climate deniers” and blocking Democrats’ green energy agenda.

“Guess what? Unfortunately, what’s happening now, nobody denies we have a climate crisis,” Biden said, boasting that the “climate deniers lost.”

“The survival of our planet is literally on the ballot,” Biden added.