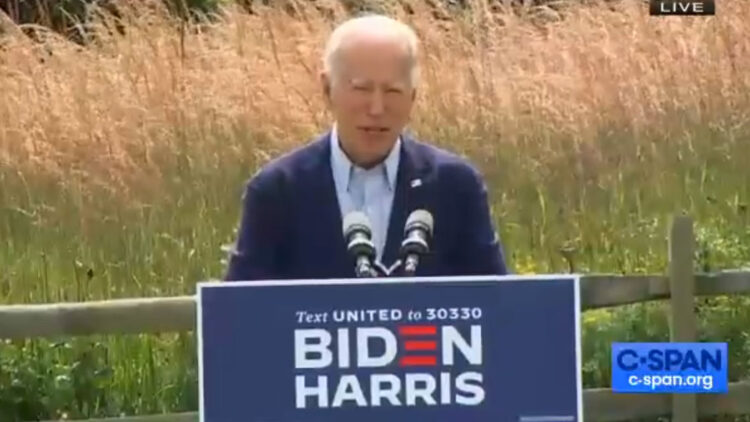 The headline isn’t a joke. Joe Biden genuinely thinks he is running for re-election with former-President Barack Obama.

With so many families suffering through Dementia and Alzheimers, watching the Democrat Party prop up Biden like a 2020 ‘Weekend at Bernie’s’ spin-off is sickening.

Simply put. It is not funny. Not for him, not for his family, and although the media and party members continue to mask over it, video evidence proves the man needs help.

Watch for yourself and make up your own mind.

He’s clearly having memory issues and has been for a while. Not long ago he forgot about certain family members. Telling rapper Cardi B that he had five grandchildren when he has seven.

CHECK OUT: Joe Biden cannot remember how many grandchildren he has, or the promoted family man is choosing to neglect two young family members. Either way, it isn’t good.

What’s worse is that, if Biden-Harris are elected in 2020, we already know the sequence of events. The Democrats will declare a health issue and Kamala Harris will take over.

At this point, Biden’s health looks to be a Trojan horse for Harris. The failed nominee who dropped out long before Biden was the last candidate standing.

It’s Not A One Time Issue

The whole debate about people not wanting President Trump in charge of the nuclear codes is redundant when considering Biden.

Let me get personal for a minute, my mother has Dementia and as a family, we cannot trust her with getting dressed, never mind running a country or nuclear codes.

If Biden’s mistakes were one-offs it wouldn’t be an issue, but here’s another example of him thinking he’s running for re-election with former-President Barack Obama.

This is not the first time that Joe Biden has appeared to believe it is still 2012…https://t.co/RD0SZnbKFL

There are countless examples like this and at this point, Joe Biden should be made to prove his mental competency because citizens need to know who they’re potentially voting for as President.

CHECK OUT: Joe Biden media stooge gets shredded in an interview.