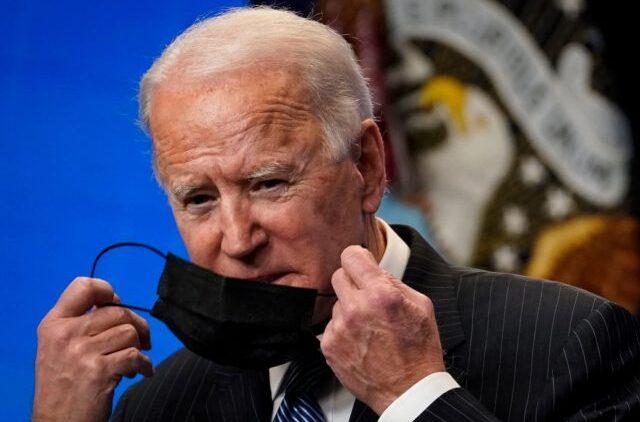 President Joe Biden will announce a ban on new oil and gas leases on federal lands and waters on Wednesday, according to several reports.

Biden’s decision bars any new fracking on federal lands despite his campaign promise not to ban the practice.

Despite multiple promises to end fracking and fossil fuels during the Democrat primary or end “new fracking,” Biden clarified while campaigning in Pennsylvania ahead of the presidential election that he would only ban new fracking on federal lands.

“No, I would not shut down this industry. I know our Republican friends are trying to say I said that,” Biden said about fracking in an interview with Pittsburg’s KDKA News.

“I said I would not do any new leases on federal lands,” Biden continued. “Ninety percent of the leases are not on federal land, to begin with. I would make sure … the water is not being contaminated. But I would not shut it down, no.”

The issue of a fracking ban was prominently featured in the final presidential debate when Biden falsely stated that he never said he would ban fracking.

Biden: I have never said I oppose fracking.

Trump: You said it on tape.

Biden: I did? Show the tape. Put it on your website.

Biden: Put it on the website. The fact of the matter is he’s flat lying.

Welker: Would you rule out banning fracking?

Welker: I have one more question–

President Trump followed through on his promise, publishing a campaign video highlighting Biden’s discussion of eliminating fracking and fossil fuels. He played the highlight video at several of his rallies in Pennsylvania.