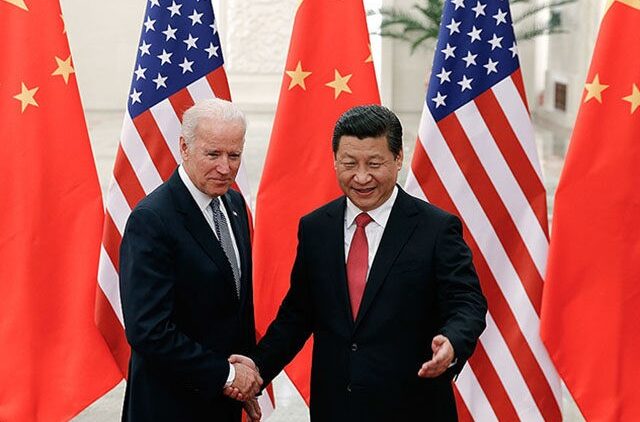 Biden said he spent over two hours on the phone Wednesday evening talking to Xi.

“If we don’t get moving, they’re going to eat our lunch,” Biden said. “We just have to step up.”

Biden commented on China during a meeting at the White House about infrastructure. He warned that China was embarking on major spending initiatives on high-speed rail, auto manufacturing, and even the environment.

“We just have to step up,” he said, encouraging the United States to do the same.

That’s a dramatic change from Biden’s attitude during the 2020 presidential campaign after he mocked the idea that China could compete with the United States.

He continued, “I mean, you know, they’re not bad folks, folks. But guess what: they’re not competition for us.”

“I hear these stories about how China is going to eat our lunch. Give me a break!” he said.

A White House readout of the president’s call with Xi asserted that Biden expressed “fundamental concern” about China’s “coercive and unfair economic practices” and also spoke about the governments’ crackdown in Taiwan and human rights abuses in Xinjiang.

But Biden also agreed to work with China when it was in America’s interests.

“President Biden committed to pursuing practical, results-oriented engagements when it advances the interests of the American people and those of our allies,” the readout concluded.