Joe Biden: ‘We’re Not Going to Be in a Recession’ 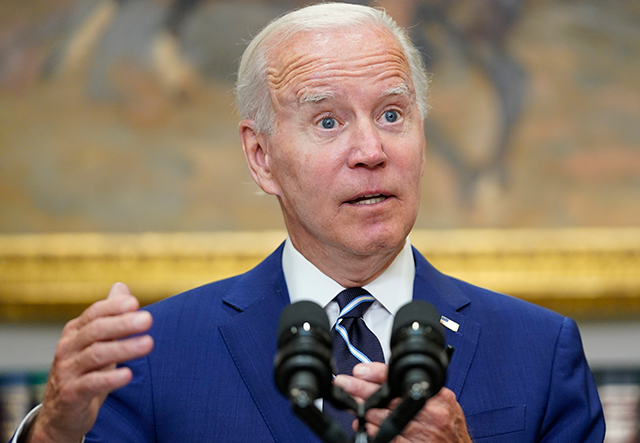 President Joe Biden responded Monday to concerns about the U.S. economy going into a recession, attempting to reassure Americans about upcoming economic numbers.

“We’re not going to be in a recession, in my view,” Biden said, in response to questions about the upcoming gross domestic product number for the next quarter.

The president spoke with reporters about a possible recession after hosting an event prompting a bill to expand the domestic production of semiconductor computer chips.

Biden pointed to the low employment rate and people continuing to invest to make his case that the economy is still strong.

Biden’s White House staffers have argued in the last several days that two-quarters of GDP contraction does not necessarily mean a “technical” recession.

“A recession is a broad-based contraction that affects many sectors of the economy. We just don’t have that,” Treasury Secretary Janet Yellen said on Sunday.

The Biden White House appears concerned about fears about a recession, particularly as Democrats face a tough midterm election cycle.

In June, Biden was sharply critical after a reporter asked him about economists voicing fears of a recession.

“Not the majority of them aren’t saying that, c’mon, don’t make things up, ok?” He snapped. “Now you sound like a Republican politician.”