WATCH: Joe Biden’s Handler And A Compliant Media In Action 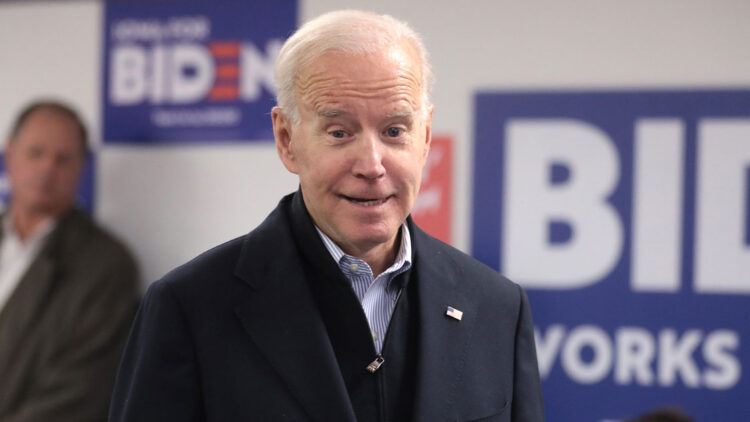 Some people are dubious as to whether Joe Biden will make it to an election debate this year.

So far, he has made videos in his basement, conservatory, and if he is out and about, all impromptu political questions are dodged. Unless ridiculously staged.

In an old video that has only just surfaced, Biden is led out of a campaign building as if he has trouble with his sight and walking.

Watch below and make up your own mind?

Response To The Video

One of the comments following the video wrote: “I walk with my wife like that, I had a stroke and am partly blind in both eyes (hemianopsia) that man is not well.”

This video may even link back to a previous post where Biden’s left eye filled with blood during a CNN town hall.

Another eagle-eyed Twitter user asked if the handler was his granddaughter. Looking at the uncomfortable picture below, they may have a valid point. However, whatever their relationship, in the video Biden looks like someone being led.

Hollywood actor James Woods tweeted: “Is a nurse going to walk him to the debate podium as well?”

The more valid question Mr. Woods should be asking is whether Joe Biden’s yet to be announced running mate will end up at the debate podium in his place?

We already know if that happens, the media will give Biden a pass.

CHECK OUT: Biden was under investigation for sexual assault allegations and the mainstream media completely ignored it.

Another reason some people are wondering whether Joe Biden will make it to the debates is because of his avoidance of questions.

On July 9, he visited his old house in Scranton, Pennsylvania. The media asked if he had time for questions, Biden says “no,” and the reporters leave him alone.

We can’t imagine the media being so compliant for President Trump.

Then on July 21, Biden gave a speech in New Castle, Delaware about his “Build Back Better” plan. The speech was for the press pool only and ended abruptly without any questions.

VOANews reporter Steve Harman reported the speech ended with one reporter shouting a question. At which point Biden said, “I look forward to having your questions at another time but I’m off to another event.”

These are just two recent examples of his avoidance of questions and the media giving him a pass on it.

Yet, the avoidance is drawing questions from President Trump’s team.

The ball is definitely in Joe Biden’s court to prove doubters wrong.

CHECK OUT: Democrat supports President Trump and calls out Joe Biden for his racist past and politics.