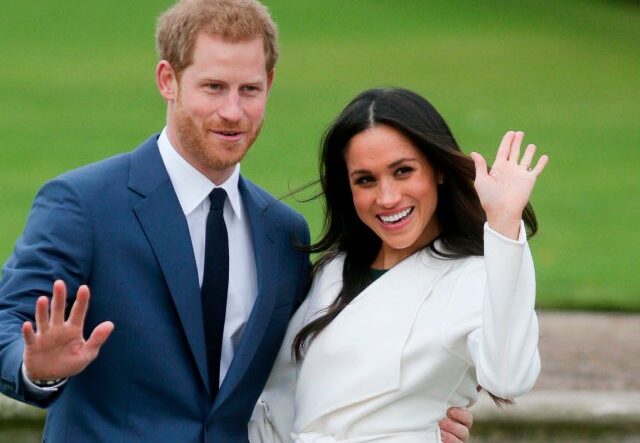 Meghan Markle in a Democratic run for the White House? That’s possible. So says President Joe Biden’s sister who has invited the Royal spouse to join the Democratic Party because she will “of course” make a good candidate for the U.S. Presidency.

Valerie Biden Owens, 76, who previously managed Joe Biden’s senatorial campaigns in Delaware, gave her personal endorsement to the Duchess of Sussex by observing she would be “welcome to come in and join the Democratic Party” as part of its drive to have more women in politics.

Owens told British television viewers: “It’s wonderful to have women in politics. The more women we have the better our democratic system will work. We welcome her to come in and join the Democratic Party.”

When asked if she thought the Duchess of Sussex would make a good potential candidate for president one day, Owens told Good Morning Britain: “Yes, perhaps. Of course she will.”

Markle has entered the political realm before with less-than-flattering comments about former President Donald Trump.

Owens is also no stranger to politics.

In 2020 she served as the campaign manager for her brother. Previous to that she allegedly directed some $2.5 million from “Citizens for Biden” and “Biden for President Inc.” to her own consulting firm during her brother’s 2008 presidential bid alone.

Peter Schweizer, president of the Government Accountability Institute and senior contributor at Breitbart News, has in the past explained how Joe Biden’s family members — dubbed the Biden Five — monetized political connections and influence in an interview aired on  SiriusXM’s Breitbart News Daily with host Alex Marlow.

Owens also confirmed that Biden would run for the top job again in 2024 as she defended his gaffes as “truths.”

When asked about whether it makes her angry when Biden misspeaks and people put it down to him not being mentally fit for office, Owens said: “First of all, his gaffes are truths. He speaks the truth.

This is not the first time Markle has been mentioned as a political aspirant seeking a counterpoint to what she once described the arduous task of marrying into the British Royal Family.

As Breitbart News reported, last year a senior U.K. Labour figure and veteran of former Prime Minister Tony Blair’s administration with ties to Washington claimed in an interview with the Mail on Sunday Markle was networking with senior Democrats to create a campaign and fundraising teams in a bid for the U.S. presidency.

The turf accountant made the moves after Markle and her husband Prince Harry revealed they would be stepping back from Royal duties to lead a more “progressive” life, expressing a wish to become “financially independent.”