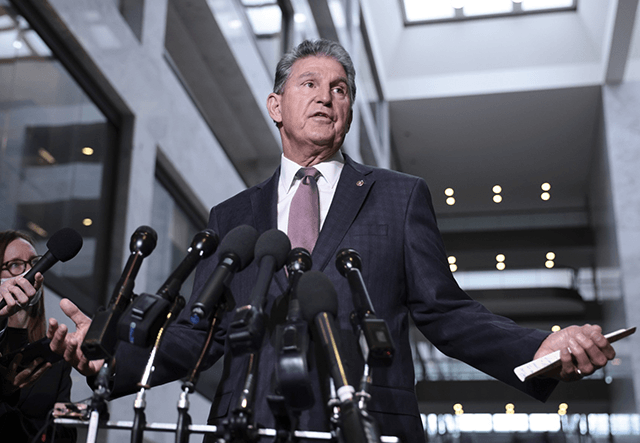 Sen. Joe Manchin (D-WV) expressed willingness to look at an “assault weapons” ban and noted that he does not see the need for a “high capacity automatic weapon.”

On June 6, 2022, CNN reported Manchin’s support for raising the minimum purchase age to 21 for semiautomatic firearms and that the Senator is open to considering an “assault weapons” ban.

Manchin said, “I never thought I had a need for that type of a high-capacity automatic weapon.”

On December 17, 2012, just days after the attack on Sandy Hook Elementary School, the Washington Post noted Manchin telling MSNBC’s Morning Joe, “I don’t know anyone in the sporting or hunting arena that goes out with an assault rifle.”

Manchin added, “I don’t know anyone that needs 30 rounds in a clip to go hunting. I mean, these are things that need to be talked about.”

On December 18, 2012, Breitbart News published photos of Manchin shooting an AR-15 with a larger-than-10-round magazine in a pro-gun photo-op.