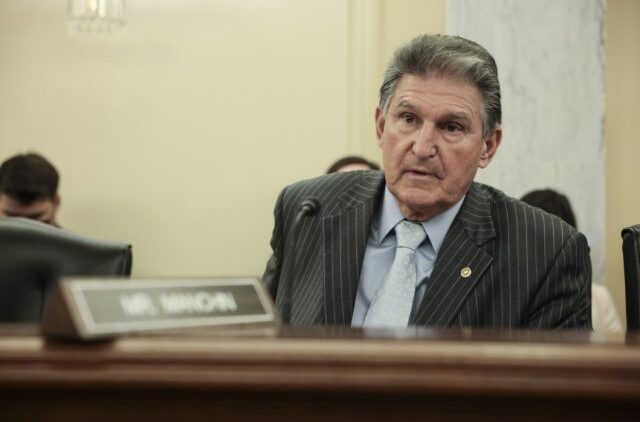 Sen. Joe Manchin (D-WV) on Thursday said he offered to change his party affiliation to an independent amid tough reconciliation negotiations with President Biden and the far-left.

Manchin told reporters he had offered Biden and the far-left to become an independent if he become an “embarrassment” to the Democrat Party.

“Me being a moderate centrist Democrat if that causes you a problem, let me know, and I’d switch to be an independent, but I’d still be caucusing with Democrats,” he said.

“That’s the only thing was ever discussed. No one accepted that, and I just said, ‘I’ll make that offer, if you need it,’” Manchin said, noting the proposal was “not accepted.”

On Wednesday a leak to Mother Jones revealed Manchin was leaving the Democrat Party. But shorty after the leak, Manchin came out strongly against the leak, calling it “bullshit.”

We talked to Corn on Wednesday night and came away with the impression of a reporter who is 1,000% sure his story was correct.

“The sourcing was impeccable,” Corn said. “Even if he had told me it was bullshit the story still would have run.”

The curious timing of the leak and the immediate response by Manchin also raised doubts for populist commentator Jack Posobiec.

“Manchin denying the story so quickly shows that his team, obviously, was the source of the story,” Posobiec said. “Negotiating tactic… Always say you will walk away from the table.”

Meanwhile, Manchin is negotiating with Biden and the far-left on the $3.5 trillion reconciliation package. On Tuesday, Biden reduced the topline number to around $2 trillion presumably to coax Manchin into supporting the largest welfare package since Lyndon Johnson’s Great Society legislation in the 1960s.