Joe Manchin’s Wife: ‘Biden Administration Will Be Just as Strong’ as Trump on Religious Freedom 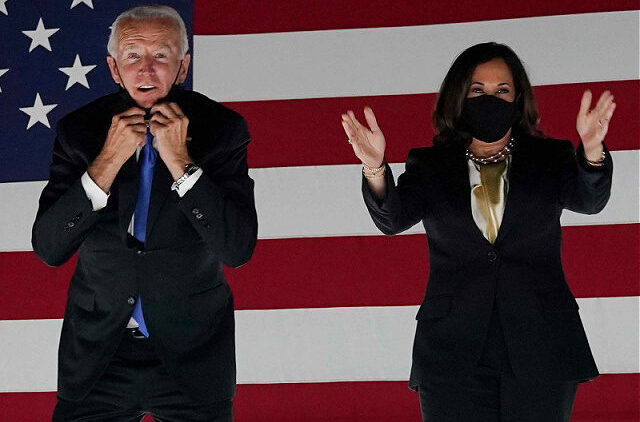 The wife of Sen. Joe Manchin (D-WV) said in an interview with the Christian Post that the Joe Biden administration “will be just as strong” as the Trump administration on the issue of religious freedom.

The Post reported Tuesday that Gayle Manchin, chair of the U.S. Commission on International Religious Freedom (USCIRF), said she has spoken with the Biden transition team about religious freedom.

Manchin added the work of the USCIRF is unique in the world.

President Donald Trump initiated the appointment of a permanent adviser for international religious freedom to the President’s office, Manchin said, a move that would highlight the plight of people around the world who are persecuted for their faith when foreign policy decisions are made.

In July 2018, Secretary of State Mike Pompeo said in an interview with Family Research Council President Tony Perkins, also a member of the USCIRF, that the Trump administration was making “the clarion call for religious freedom all around the world”:

We believe religious freedom is important for every citizen around the world and we want to bring everyone together to discuss how individuals of all faiths have the right to worship as they choose, or if they choose not to. Every country ought to honor that.

“We’re the only ones that take an interest in how Pakistan or Azerbaijan or Egypt are treating their citizens,” Manchin said.

“I would hope that is something that will continue in the new administration,” Manchin added. “I think the Biden administration will be very open to working with USCIRF and all of the groups involved with religious freedom.”

Biden, however, has shown no indication that he values religious freedom on the domestic front.

William Donohue, president of the Catholic League, which defends the religious and civil rights of Catholics, told Breitbart News in a recent interview that Biden’s track record on religious freedom is “abysmal.” He said:

He’s been in office for almost half a century. I follow this rather carefully and I don’t know of a single piece of religious liberty legislation he’s ever penned. If he’s in favor of the 1993 Religious Freedom Restoration Act, well, that’s rather deceitful because he’s now in favor of the Equality Act which, if it were passed … would literally destroy the Religious Freedom Restoration Act signed under President Bill Clinton.

Donohue, however, praised Trump for his religious liberty policy.

“We’ve never seen any administration, which could match its record, so Catholics will have to weigh all of these decisions along with many other issues,” he explained, emphasizing that not all issues are weighed equally by the Church.

“Climate change and abortion are not identical,” he said. “There are some people, including some bishops, who would like to think that they are, but they’re not.”

A self-professed Catholic, as vice president, Biden did nothing to interfere with former President Barack Obama’s pro-abortion agenda. In fact, his plans to defend abortion rights will undermine the beliefs of the majority of Americans of faith.

Biden has committed to embracing the Democrat Party’s pro-abortion agenda that includes codifying Roe v. Wade, funding Planned Parenthood, and forcing American taxpayers to fund abortions through a repeal of the Hyde Amendment.

It was Harris’s office that collaborated with Planned Parenthood to produce legislation that would criminalize the CMP undercover journalists for publishing and distributing recordings of private communications with abortion providers in California.

As a senator, Harris voted against bills to protect the lives of babies who survive abortions and took to Twitter to tout her vote against a ban on abortions past the fifth month of pregnancy.

As a Democrat candidate for president, Harris pledged not only to restrict states’ rights to pass and enact their own abortion laws, but also to block a pro-life president’s power and that of his or her administration.

“Guardrails will ensure DOJ enforces the law even under an administration that’s hostile to women’s rights — and patients and providers will have standing to sue if they don’t,” Harris’s plan stated during her campaign.

In the wake of the U.S. Supreme Court’s ruling in July in Little Sisters of the Poor v. Pennsylvania, one that upheld a Trump administration rule exempting religious groups from Obamacare’s contraceptive mandate, self-professed Catholic Biden vowed to reverse protections for religious groups such as the Little Sisters.

Biden said, according to Fox News:

As disappointing as the Supreme Court’s ruling is, there is a clear path to fixing it: electing a new President who will end Donald Trump’s ceaseless attempts to gut every aspect of the Affordable Care Act. If I am elected, I will restore the Obama-Biden policy that existed before the Hobby Lobby ruling: providing an exemption for houses of worship and an accommodation for nonprofit organizations with religious missions.

The Obamacare “accommodation” Biden referred to, however, was never viewed as such by many Catholic schools and organizations. Instead, they recognized it as an accounting trick whereby completion of a certified form would merely transfer their mandate to directly provide abortion-inducing drugs to an insurance provider, who would take care of the administration of these services for the faith-based groups. In short, the “accommodation” simply ensured the abortion-inducing drugs were paid for, as the Obama-Biden administration desired, while the conscience issues of the faith-based groups remained ignored.

“It’s alarming to Catholics to see Joe Biden tout his Catholic faith and then turn around and say he would immediately go after the Little Sisters of the Poor and reinstate the rules that would force them to either violate their faith or pay crippling fines,” Ashley McGuire, senior fellow with The Catholic Association, said in a statement to Breitbart News.

“Is there anything more contradictory than touting your faith while simultaneously threatening nuns who serve the elderly poor?” she asked.

Even sharp critics of Trump expressed horror at Harris’s treatment of Brian Buescher, one of the president’s federal judiciary nominees and a member of the Knights of Columbus, a Catholic charitable organization that collects and distributes winter coats for poor children, and provides funds and baby supplies for crisis pregnancy shelters.

During a Senate Judiciary Committee hearing, Harris asked Buescher, “Were you aware that the Knights of Columbus opposed a woman’s right to choose when you joined the organization?”

Michael Gerson, one of Trump’s harshest critics, wrote in January at the Washington Post:

Those who want to understand how Democrats manage to scare the hell out of vast sections of the country need look no further than the story of Sen. Kamala D. Harris (D-Calif.), Sen. Mazie Hirono (D-Hawaii) and the Knights of Columbus.

Gerson continued that Harris and her Senate colleagues attempted to force the narrative that Americans can believe what they want in private, but “can’t act on that belief in the public square.”

The comparison of this view to the United States’ long history of anti-Catholic bigotry has been disputed. Actually, it is exactly the same as this history in every important respect. A 19th-century bigot would have regarded Catholicism as fundamentally illiberal — a backward faith characterized by clerical despotism — and thus inconsistent with America’s democratic rules. The same attitude seems currently present in the U.S. Senate.

According to Fox News, Ken Blackwell, a former U.S. ambassador to the U.N. Human Rights Commission, also called the behavior of Harris and Hirono “thuggish” and what might be expected from “third world dictators.”