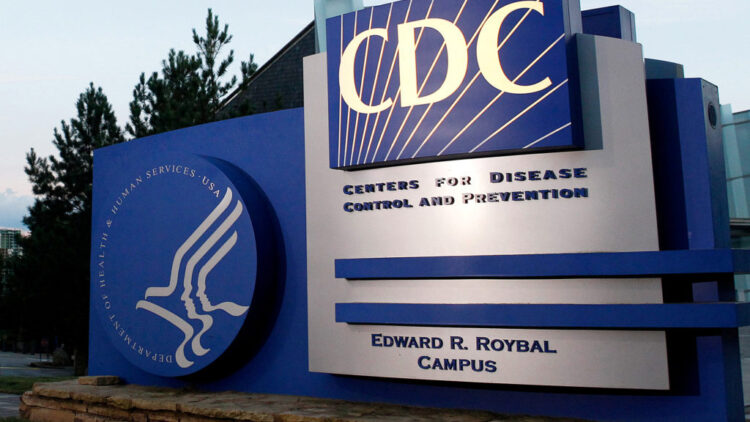 A professor at the renowned Johns Hopkins School of Medicine advised Americans recently to “ignore” guidance from the U.S. Centers for Disease Control and Prevention due to the public health agency’s puzzling refusal to recognize natural immunity from previous infection. POLL: What scares you the most?

Dr. Marty Makary, who also serves as a professor at the Bloomberg School of Public Health, suggested during a Tuesday appearance on “The Vince Coglianese Show” that 150 million Americans, or “half the country,” likely already have natural immunity to COVID-19 due to having been infected with the virus and then recovering.

Yet despite that staggering figure, Makary lamented the fact that the CDC, in concert with Biden administration officials, have neglected to recognize the reality of the situation. Instead, previously infected individuals who decline being vaccinated are routinely “demonized” by health officials who insist that virtually all Americans must be vaccinated before normal life can resume.

But “herd immunity” has already been reached, argued Makary, citing up-to-date vaccination and infection data to suggest that 80% to 85% of Americans are currently protected from the virus.

“I never thought I’d say this, but please ignore the CDC guidance,” Makary stated, advising Americans to “live a normal life, unless you are unvaccinated and did not have the infection, in which case you need to be careful.”bed

Makary called the the CDC’s outright dismissal of natural immunity “one of the biggest failures of our current medical leadership” as Coglianese pointed out that the CDC amazingly offers no guidance for individuals who have recovered from COVID-19, in regard to what they can safely do.

“Natural immunity works,” he argued. “We’ve got to start respecting individuals who choose not to get the vaccine, instead of demonizing them.

“There is more data on natural immunity than there is on vaccinated immunity, because natural immunity has been around longer,” he continued, noting that both vaccination and previous infection likely provide “lifelong” immunity from the virus.

He added that reinfection is extremely “rare,” and even when it does happen, the “symptoms are mild or [those individuals] are asymptomatic.”

For months, Makary has been a consistent voice of reason, sounding the alarm on misinformation coming from progressive media as well as what he calls the “most slow, reactionary, political CDC in American history.”

Earlier this year, he derided the CDC’s “absurdly restrictive” guidance that permitted fully vaccinated people to mingle indoors with some other people without masks or social distancing, calling the agency “paralyzed by fear.”

Then in May, Makary chastised media and health expert doomsayers for “fearmongering” even as the pandemic was waning by telling Americans that herd immunity may not be reached for a long time to come.