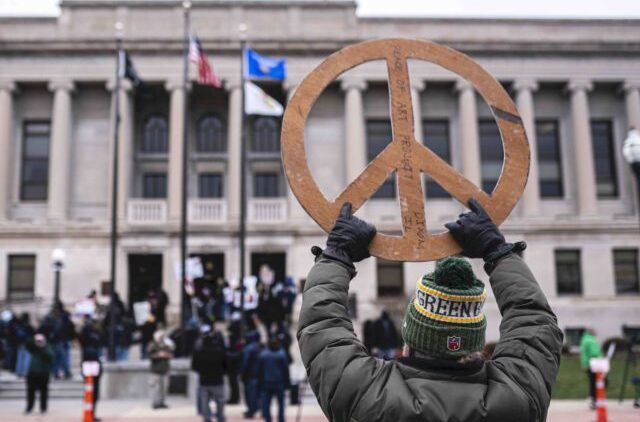 The jury in the Kyle Rittenhouse murder trial is set to resume deliberations for a fourth day on Friday morning at 9:00 a.m. Central Standard Time in the Kenosha County Courthouse in Kenosha, Wisconsin.

The deliberations have already lasted longer than many people — including Judge Bruce Schroeder — had expected, and there is speculation as to whether the jury is wrestling with the question of whether Rittenhouse acted in self-defense when he shot three rioters, killing two, on Aug 25, 2020; or whether the jury is intimidated by threats of violence that have been amplified by the establishment media.

On Thursday, the judge barred the left-wing MSNBC network from the courthouse for the duration of the proceedings, after an MSNBC reporter was alleged to have followed the jury bus in his car after Wednesday’s deliberations. NBC News denied that the “freelancer,” identified as James Morrison, had intended to photograph the jurors, but did not deny that he was trying to follow the bus, or that he had been instructed to do so from NewYork by producer Irene Byon. Police are investigating.

There were also arrests outside the courthouse, as there were the day before, when protesters clashed with one another.

It is possible that the jury will return a verdict before the weekend; however, a hung jury is also a possibility, and the judge could also declare a mistrial — perhaps with prejudice, barring the charges from being brought again — after the prosecution was accused of violating Rittenhouse’s Fifth Amendment rights during cross-examination.