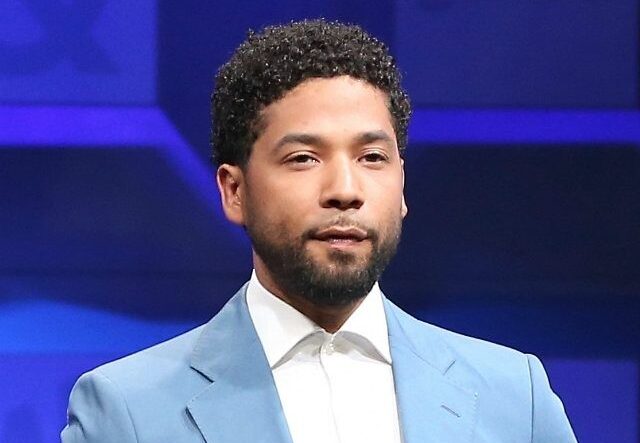 Hate crime hoaxer and disgraced actor Jussie Smollett is set to be sentenced on Thursday after being found guilty of lying to police over his the staged attack he made against himself in January 2019.

Smollett’s sentencing comes three months after the disgraced actor was found guilty of five counts of felony disorderly conduct for filing a false police report after he hired two brothers from Nigeria to stage a fake hate crime against him.

He faces a maximum sentence of three years in prison per count, but experts believe he will likely get probation and be sentenced to community service if convicted. Smollett was acquitted of just one count of disorderly conduct.

The actor is returning to a Chicago courtroom with just two questions remaining: will he admit that he lied to police about the racist and homophobic attack, and will a judge send him to jail, reports ABC News.

Cook County Judge James Linn will either order the maximum sentence, a much shorter sentence, or put Smollett on probation, meaning that he won’t have to spend time behind bars. The judge can also order a fine and restitution — which could reach tens of thousands of dollars.

Prosecutors showed how Smollett, who is black and gay, went to extraordinary lengths in January 2019 to stage a hate crime against himself, in which he hired and paid Nigerian brothers Abel and Ola Osundairo to carry out the attack.

Smollett had claimed he was physically attacked by two men wearing MAGA hats who put a rope around his neck, poured bleach on him, and shouted racial and homophobic slurs at him, before eventually yelling, “This is MAGA country!” — referring to former President Donald Trump’s campaign slogan.

The brothers later testified that Smollett gave them money to buy the rope they turned into a noose to put around his neck, and the ski masks to hide their faces.

During the hearing, prosecutors and Smollett’s attorneys will get a chance to present witnesses, and Smollett will be allowed to make a statement, reports ABC News.

And unlike the trial, Judge Linn has agreed to allow photographers and a television camera inside court for the hearing.