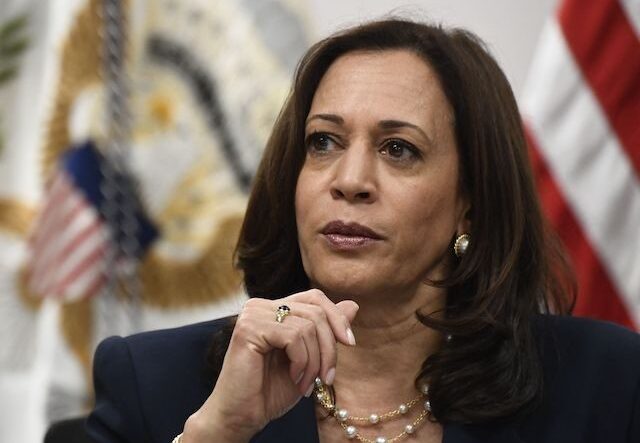 The White House may have branded President Joe Biden’s presidency as the “Biden-Harris administration,” but according to a forthcoming book, Vice President Kamala Harris has felt repeatedly disrespected since winning election.

“Some of Harris’s advisers believed the president’s almost entirely white inner circle did not show the vice president the respect she deserved,” Martin and Burns write in their book. “Harris worried that Biden’s staff looked down on her; she fixated on real and perceived snubs in ways the West Wing found tedious.”

According to the reporters, Harris’ chief of staff, Tina Flournoy, was dispatched sometime last year, presumably by Harris, to Anita Dunn, who at the time worked as a senior adviser to Biden. Flournoy relayed that Harris was upset because Biden’s staffers did not stand for her when she entered the room. Typically, people only stand when heads of state — in this case, Biden — enter the room as a sign of respect.Don’t miss out on content from Dave Rubin free of big tech censorship. Listen to The Rubin Report now.

“The vice president took it as a sign of disrespect,” the book says of staffers’ refusals to stand for Harris.

Neither the White House nor Harris’ office offered comment on the sordid details.

However, Dunn told Politico that she would not comment “except to say that everyone in the West Wing has a high degree of respect for the Vice President and the hard work she is doing for this President and our country. Particularly me.”

For example, Martin and Burns report one instance when Harris’ staff “floated the possibility of the vice president overseeing relations with the Nordic countries — a low-risk diplomatic assignment that might have helped Harris get adjusted to the international stage in welcoming venues like Oslo and Copenhagen.”

However, the West Wing allegedly “rejected the idea and privately mocked it.”

“More irritating to Biden aides was when they learned the vice president wanted to plan a major speech to outline her view of foreign policy. Biden aides vetoed the idea,” the book explains.

The book also claims that Harris “did not hesitate to chide Biden” after he tasked her with overseeing the border crisis last year, essentially appointing her as the “border czar.”