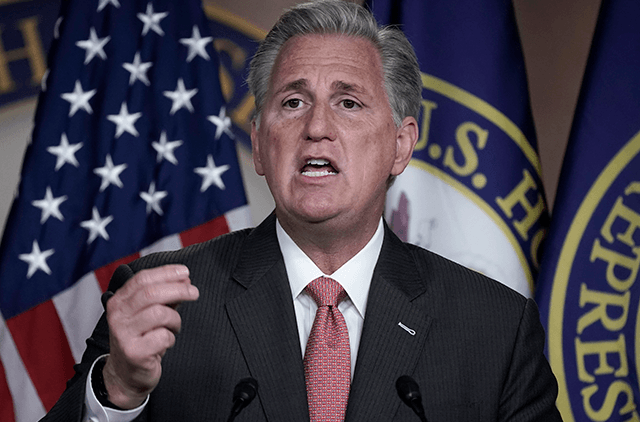 House Minority Leader Kevin McCarthy announced Sunday his support for efforts to challenge the certification by Congress of the electoral college votes on January 6.

McCarthy’s remarks came during a discussion with the Hill, in which he stated a “debate” on the issue is needed.

“I think it’s right that we have the debate,” McCarthy said. “I mean, you see now that senators are going to object, the House is going to object — how else do we have a way to change the election problems?”

Several other members of Congress have previously announced they will object to the certification of the electoral college votes on January 6, including Sen. Josh Hawley (R-MO) and Rep. Mo Brooks (R-AL), the first Congressman to announce a challenge to the votes.

The senators and senator elects also stated they would “reject the electors from disputed states” on January 6, adding that the 2020 presidential election featured “unprecedented allegations of voter fraud, violations and lax enforcement of election law, and other voting irregularities.”

At least 140 House Republicans are expected to object to an immediate certification of a Joe Biden victory,