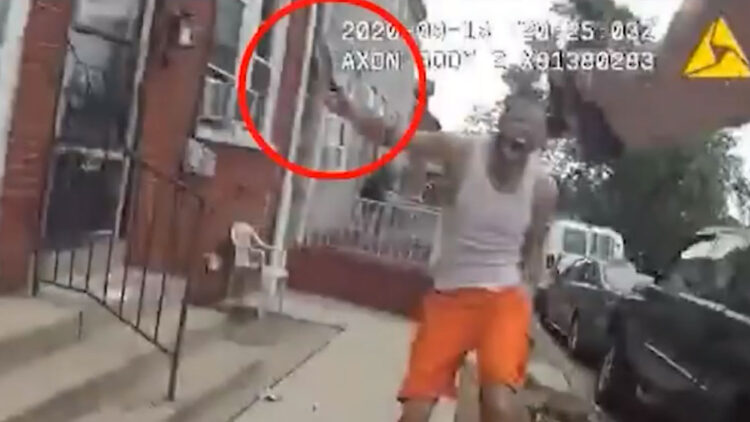 Bodycam footage has emerged proving a Lancaster cop innocent as a knife-wielding mad-man left the officer with no choice but to shoot.

At this point, it is clear. There is a race issue when it comes to the police. Yet it isn’t the one predominantly being pushed by Black Lives Matter or sports stars and Hollywood.

Let us be honest. In almost every video where an African-American has been shot by an officer, it always seems to begin with the complete defiance of the police.

This year alone, from the footage we’ve seen, several lives would have been spared if the person had just complied.

We don’t know if this is an education problem, a cultural problem, or something else. Yet, if you choose to chase a police officer with a knife, you’re going to get shot.

CHECK OUT: Teen charged with murder after after rioters attack.

In the video below you’ll see the knife-wielding man leave his home and chase the police officer. At which point the officer runs, before turning to shoot. At any point, that person could stop, decide not to violently pursue the officer with a knife, and they would have been still alive today.

And yet, Black Lives Matter look at that shooting as if it was another innocent African-American shot. Check out the riots below:

When the debate is about people discriminating against African-American’s, count us in. Racism in 2020 should not exist.

However, the BLM movement isn’t about that. It is about stamping out police brutality. And for whatever reason, arson, looting, and violence against police all seem to be acceptable acts by this movement.

This is a sign of ignorance by those supporting. Whether they’re leftists, politicians, or corporations. Facts should matter, not feelings. And right now, facts prove many of these shootings, specifically recent shootings which have been protested over, have been justified shootings.

Right now, Black Lives Matter are rioting in Lancaster, PA, because a domestic abuser chased after a police officer with a knife and got shot.

And this isn’t some one-time criminal, in 2019, they stabbed four people. And yet, Mr. Ricardo Munoz is being branded a martyr, despite being in the wrong.

All of this is happening while cops are being ambushed and shot in the streets.