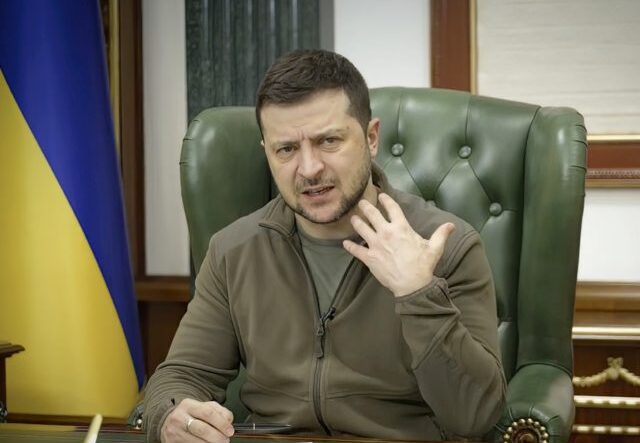 KYIV, Ukraine (AP) – Ukraine’s President Volodymyr Zelensky says he’s open for talks with Russia’s President Vladimir Putin in Israel, but only if there is a cease-fire in place.

Zelensky said Saturday he told Israel’s Prime Minister Naftali Bennett that he would be ready to meet Putin in Jerusalem. Bennett visited Moscow for a meeting with Putin and spoke repeatedly with Zelensky and the leaders of France and Germany as he sought to help mediate an end to the war.

Zelensky said Bennett informed him about his talks with Putin, adding that he can’t share details.

Putin has ignored numerous previous offers of talks from Zelensky.

Speaking at a news conference, Zelensky said the Russians could take the Ukrainian capital “only if they kill us all.”

“If that is their goal, let them come,” he said. “If they carry out carpet bombings and wipe off the historic memory of the entire region, the history of Kyivan Rus, the history of Europe, they could enter Kyiv, but they will have to live on that land alone, certainly without us.

“Even if they bring a million Russians here, they can’t occupy Ukraine,” he added.

Zelensky again deplored NATO’s refusal to declare a no-fly zone over Ukraine despite its repeated pleas. He said that Ukraine has sought for ways to procure air defence assets, but he wouldn’t mention any details.