WATCH: Looters Attack Home For Sick Kids And Their Families 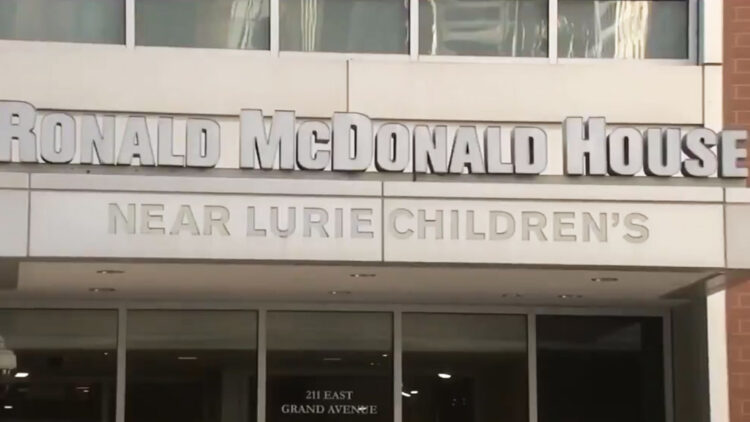 SICKNESS: Black Lives Matter looters attacked a home for sick kids and their families. They broke windows, damaged doors, and scared the people inside.

They say there’s two sides to every story.

For example, most people see Black Lives Matter looting as a crime, but BLM sees it as reparations.

Most people see Black Lives Matter attacking a Ronald McDonald House as sick. So it’ll be interesting to see their side of the story because there was nothing to loot inside.

No doubt the media will ignore it and let it slide away because it doesn’t fit their “peaceful protests” and “Trump’s bad” narratives.

At this point, the people of Chicago must be wondering what has to happen for the looting, anarchy, and violence to stop.

Our question is how and why anyone, corporate, news, or celebrity can still support Black Lives Matter?

Surely, anyone continuing to support the movement or call it a peaceful protest should be marched to an asylum.

Black Lives Matter isn’t about justice and events in Chicago once-and-for-all prove it.

CHECK OUT: Watch a protester learn that stopping a car with a motorcycle isn’t a good idea.

The looters attacked Monday, August 10. The charity said that more than 30 families and their sick children were sleeping when it happened.

Lisa Mitchell of Ronald McDonald House Charities said: “[We were] very concerned there was a lot of activity right in front of the house, people making choices that could put them at risk and put our families at risk, so the staff was frightened.”

WTF! STOP STOP ALREADY !! Imagine how scared those poor little ones were scared to death after receiving treatment/surgery etc. This is absolutely disgusting they have really reached a new low. I am shaking from hearing this. They will pay one day in front of the lord! 😪😪🙏❤️😪

Mitchell continued: “They are already in a really, really difficult spot. Having this kind of additional stress and worry about getting to and from the hospital even though we are five blocks away because of safety concerns is just doubling the strain.”

Out of everything that has happened so far, this is the vilest. Ronald McDonald House Charities help families when they need it the most.

Then again, these looters attack the police, who also help people when they need it most…

No amount of media or public sympathy is going to stop things like this from occurring. The people doing this have been given a pass from Mayors.
As long as we continue to accept this, it will continue.

CHECK OUT: Leaked George Floyd footage shows police officers might have been overcharged.