Mark Kelly Votes Against Amendment for Oil, Gas Program that He Asked For 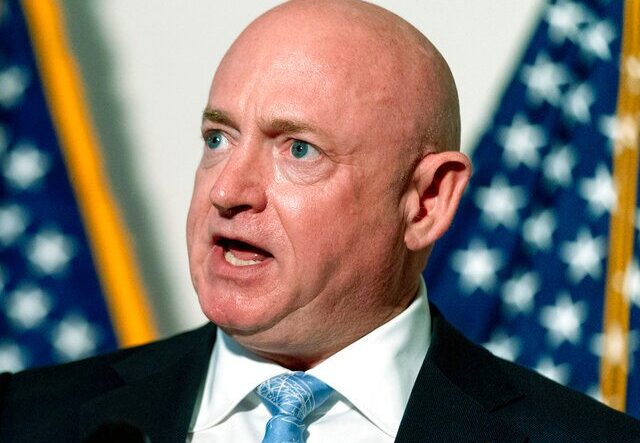 Sen. Mark Kelly (D-AZ) voted against an amendment for President Joe Biden to develop a five-year program for oil and gas in the Gulf of Mexico despite having previously urged the president to do so.

Prior to Democrats passing the “Inflation Reduction” Act, Sen. John Kennedy (R-LA) proposed introducing an amendment to the massive spending bill that would have the Biden administration develop a gas and oil plan in the Gulf of Mexico based on the letter that Manchin and Kelly wrote on March 31.

“We are writing to urge you to develop and implement a new Five-Year Program for oil and gas production in the Gulf of Mexico without delay,” the letter reportedly said, according to Kennedy.

Speaking on the U.S. Senate floor, Kennedy said his “amendment would fulfill that request and make it a congressional directive.”

Sen. Brian Schatz (D-HI) urged a “No” vote on the amendment, arguing that it would “jeopardize the whole package.”SUBSCRIBE

“All my amendment does would be to take Sen. Manchin’s letter and Sen. Kelly’s letter, well-written, well-reasoned, and make it a Congressional directive. That’s all it does,” Kennedy concluded.

When the amendment came up for a vote, Mark Kelly issued a “No.”

The Democrat-controlled Senate passed the massive spending package on Sunday, which reportedly aims to reduce the deficit and curb inflation while “extending enhanced Obamacare subsidies, spending more than $300 billion on climate change programs, and allowing Medicare to negotiate the price of drugs,” according to Breitbart News.

The bill passed along party lines after moderate Manchin struck a deal with Biden after months of resistance. Vice President Kamala Harris provided the tie-breaking vote.

In a statement following the vote, Republican National Committee Chairwoman said that Democrats will face consequences during the November midterm elections.

“Democrats will pay the price in November for raising taxes on families during a recession,” McDaniel told Breitbart News.