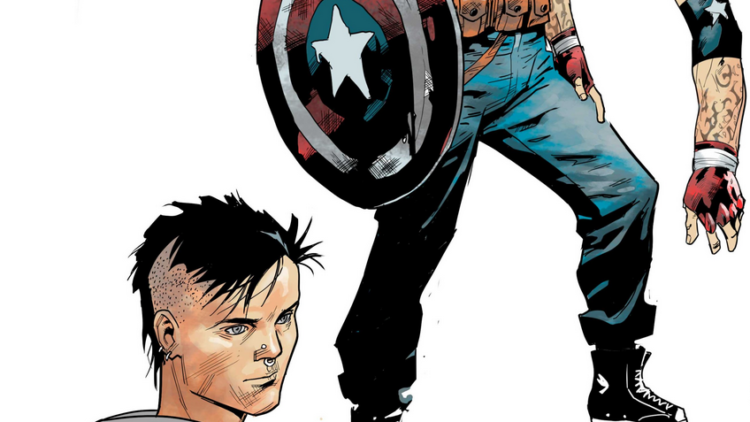 Marvel Comics will introduce a gay version of Captain America into their comic book universe, and he was created by a transgender writer to celebrate LGBT Pride Month. POLL: What scares you the most? about:blank

The new character is named Aaron Fischer and he will be introduced in a new comic book series titled, “The United States of Captain America.” The series will explore various people who don the guise of Captain America, but the first issue will highlight the gay teen version.

The gay captain is designed by Jan Bazaldua, a transgender comic book artist.

“I really enjoyed designing him, and as a transgender person, I am happy to be able to present an openly gay person who admires Captain America and fights against evil to help those who are almost invisible to society,” said Bazaldua. about:blank

“While I was drawing him, I thought, well, Cap fights against super-powerful beings and saves the world almost always, but Aaron helps those who walk alone in the street with problems that they face every day,” Bazaldua added. “I hope people like the end result!”

Josh Trujillo, one of the co-writers of the comic book, said that the gay captain is inspired by “activists, leaders, and everyday folks pushing for a better life,” and that he would fight for other runaways and homeless people.

The United States of Captain America #1 will be available for purchase in comic shops on June 2, coinciding with the beginning of LGBT Pride Month.

Marvel made similar headlines in January 2020 when the company revealed that it was planning on an openly transgender character to be included in a superhero movie being shot at the time. Meanwhile, in the DC universe of comic book heroes, a lesbian actress portrayed a gay superhero in the “Batwoman” television series in 2018.